Friends and family life of Pisces

Love life and sexuality of a Piscean

Career and money of Pisces

Here's how you can attract a Pisces man

Here's how you can attract a Pisces woman

Pisces' compatibility with other signs


Pisces is the twelfth and final sign of the zodiac, represented by two fish swimming in opposite directions. This water sign, called Mina in Vedic astrology, is associated with the climax and deals with the realm of dreams and mystical experiences.

Representatives of this zodiac sign are born between February 19 and March 20.

Pisces is a sign with strong intuition. These are dreamers living in the world of their own dreams, who often become depressed due to the subtle organization of their inner world. 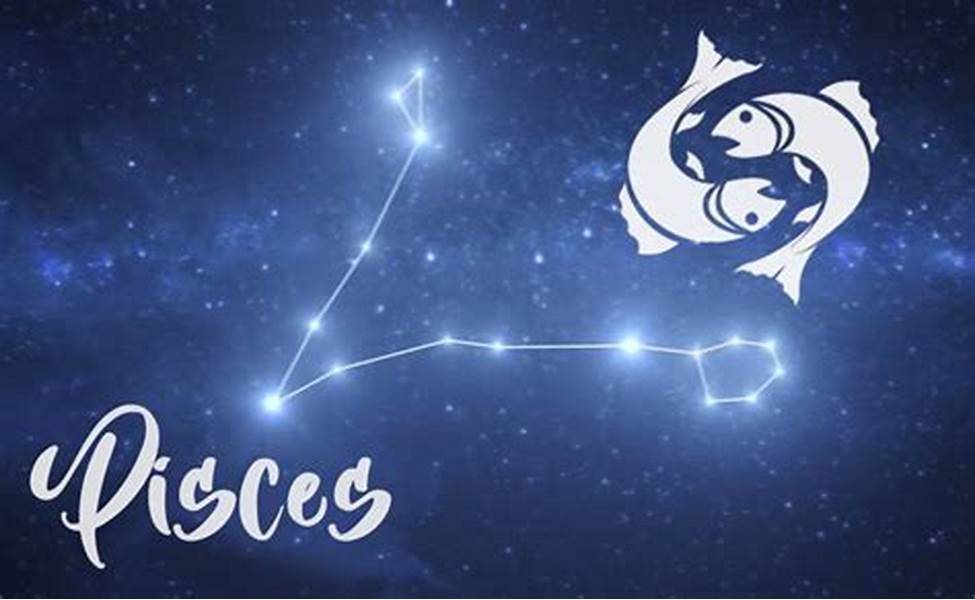 Dreamy, generous, sensitive, sensitive, creative, naive - this is how you can briefly describe the representatives of this zodiac sign.

Infinitely empathetic and understanding, Pisces is sensitive and may have some psychic abilities. They are often considered to be mysterious and even mystical personalities. Under this sign were born, for example, Michelangelo, Kurt Cobain and Nat King Cole. Pisces are also mutable signs, which means that they easily adapt to new environments.

The main language of water signs is the language of emotion and empathy. Pisces often interact with themselves and with other people through the realm of feelings. However, this can play a trick on them: Pisces are quite driven and easily suggestible.

According to ancient astrology, Pisces is ruled by Jupiter, and modern - by Neptune, Neptune is the planet of the unconscious and creativity. Neptune endows Pisces with a penchant for art, all psychic and spiritual areas of life.

The Otherworld is also closely associated with Pisces. Their ancient ruler Jupiter is the planet of expansion, generosity, and belief systems. He endows Pisces with the gift of empathy and emotional understanding. First of all, Pisces always anticipates, seeks and wonders what is beyond the material world.

Different people associate themselves with Pisces because they’re friendly. Without hoping for his or her good, Pisces are selfless in terms of helping others.

Pisces may be a Water sign, and as per this, Pisces zodiac sign is characterized by empathy and emotional stability. The planet Neptune rules the Pisces zodiac. So they are more intuitive than others and have inventive talent. Neptune is connected to music, so Pisces have music preferences from the beginning of their life. They’re generous, compassionate, very faithful, and caring. People born under the Pisces sign have an intuitive understanding of the life cycle and thus achieve the most straightforward emotional relationship with other beings.

Pisces-born is known for their wisdom, but under Uranus’s influence, Pisces sometimes can take the role of a martyr, to catch the eye. Pisces are never judgmental and always forgiving. They’re also known to be the most tolerant of all the zodiac signs.

Pisces tend to be a bit gullible and tend to please people. Their generosity is surprising, but the representatives of the sign should not forget about themselves. They need to learn to say no.

Friends and family life of Pisces 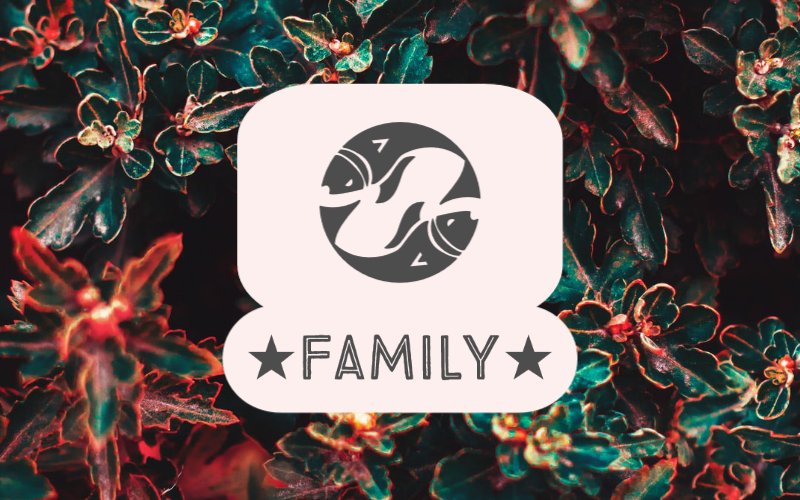 The Pisces approach to friendship is the same as to love relationships. Someone else should take the whole initiative to entertain the scaly ones. If you want to command a little, these guys won’t mind.

Pisces friends can be the people to turn to with emotional problems. They will lend a shoulder and cry with you.

Pisces truly believe that there is no “correct” way to give and receive it. The key for them is generosity, devotion, and transcendence.

When it involves friendship, Pisces is the simplest at it. They often put the wants of their close ones first than themselves. They’re loyal, devoted, and compassionate, and whenever there’s some problem within the family or among friends, they’ll do their best to resolve it. Deeply intuitive, Pisces can feel something is going to be wrong before it happens. They have good sensing power. Pisces are expressive, and they won’t hesitate to precise their feelings to the people around them. Communicating with their close ones is vital for them. They expect their close ones to be open about everything as they’re pretty open about things with their friends or family. They are sensitive humans.

Love life and sexuality of a Piscean

Pisces’ mantra for love and friendship is often: “Whatever you want to do is great.” Representatives of the sign are often very fickle, so they prefer someone else to take the lead in a relationship.

Typical Pisces are open to possibilities, and willing to experiment with relationships and sex. They are looking for an emotional and mystical connection - a partner and friends with whom they can go beyond the earthly realms.

As a mutable sign, Pisces can be willing to both partner for life with one person and try out polyamory.

Yoga classes, art workshops, all kinds of water activities, adventures and spiritual quests are the way to the heart of Pisces.

Pisceans are known to be calm and composed in their relationships. They take time for relationships to develop. Once they get into a deep and meaningful relationship, they are tender and gentle in their sexual expressions as against fiery and overly passionate. If the relationship stands the test of time and remains vibrant, it culminates in marriage. Overall, in general, Pisceans enjoy good relationships, be it in terms of dating, courtship, or in terms of married life.

Career and money of Pisces

Pisces are usually natural-born creative individuals, so no matter what career they choose, they always like to express themselves. In the office, they are the most sensitive people to whom you can turn with pressing problems.

Neptune governs the art of music, so representatives of the sign often play musical instruments or are very fond of sonorous moments of life: ocean sounds, music of all kinds, concerts, festivals, etc.

Pisces can also be teachers and excel in anything related to astrology, art or music therapy, counselling, dancing, and education. And, of course, everything related to sea or boat travel is also a suitable environment for career development.

Since Pisces go with the flow of life, they can often forget about the need to earn and save money. Infinitely generous Pisces also tend to give their resources to those who need them.

In general, in any case, Pisces is always thinking about how to improve the lives of others.

Instinctive and sometimes dreamy, Pisces know best in a situation where their creative abilities will come to the forefront, even better if it’s for donation. Occupations that suit Pisces are primarily attorneys, architects, veterinarians, public servants, and game designers. Inspired by the requirement to create changes within others’ lives, they’re willing to assist whether or not, which means travelling beyond the boundaries. Pisces are hardworking, compassionate, dedicated, and reliable. Pisces are great at solving problems.

For the foremost part, Pisces don’t give money an excessive amount of thought. They’re usually more focused on their dreams and goals, but they will attempt to make enough money to realize their goals. During this area, there are often two sides of the Pisces - on the one hand, they’re going to spend lots of cash with little thought, while on the other hand, they will become quite stingy. In the end, there’ll always be enough money for everyday life for Pisces.

Here’s how you can attract a Pisces man

Romance rules the planet of the Pisces men. The person born under the Pisces astrology sign lives to please and love. The most effective thanks to seduce a Pisces man is to open up to him completely. Some of the most straightforward Pisces traits are his sensitivity, compassion, and kindness. He’s a delicate one that will determine what you wish and serve it up as often as possible.

He constantly searches for ways to lend a helping hand and knows exactly what you wish almost before you are doing. He has a desire to please everyone, which leaves him vulnerable to manipulation and lies. Pisces man will use his imagination power to please women. The Pisces man likes to laugh, so if he finds you funny and straightforward to be around, you’re on a decent way thanks to seducing him.

He seems calm on the surface, but you may find a distinct person within because the Pisces man battles between solid emotions. Try to give him a comfort zone and allow him to open up about his feelings. He won’t open up about his thoughts, unlike Pisces woman. One of the best Pisces is the ability to tune into others’ emotions. So, if you’re dating a Pisces man, you’ll expect an emotionally fulfilling relationship. In good or bad phases of your life, they’ll stick around you and can guide you emotionally throughout.

Here’s how you can attract a Pisces woman

Pisces women are referred to as kind, imaginative, compassionate, selfless, and very sensitive individuals. If you wish to draw in the girl born under the Pisces zodiac signs, you want to be romantic and possess a genuine sense of humour. It’s also essential to be an honest listener.

Pisces women are generally compassionate and are beings with unconditional love. Once you’ve captured her attention, she’s going to be quick to open up to you. She is going to share her secrets, thoughts, opinions, values, and emotions equally. Sex with the Pisces woman is explosive, and you’ll never be tired of her within the bedroom.

The woman born under the Pisces planetary house enjoys lively discussions about spiritual things and also the supernatural. She is intuitive and can quickly determine if all you’re trying to find is simply sex. Treating her with respect is attractive to her, although you’ll never be able to seduce her fully during the primary few dates. If you’re honest and open up to her, she’s going to feel more connected with you immediately.

The Pisces woman is a compassionate nature, so she isn’t quick to forgive and forget. If the past has wounded her heart, she’s going to have a tough time opening herself, duplicated to the thought of a brand new romantic relationship. She’s going to take her own good time to think and evaluate whether to invest in a relationship soon or not.

Pisces’ compatibility with other signs

When it comes to astrological compatibility, there is no absolutely perfect sign for Pisces. First of all, they value generosity and creativity, they are always interested in issues of growth, transcendence and unity.

As a rule, the most suitable signs for friendship and romance for Pisces are water signs (other Pisces, Cancer, Scorpio) since they speak the same emotional language, and earth signs (Virgo, Capricorn, Taurus).

Fire signs (Aries, Leo, Sagittarius) and air signs (Gemini, Libra, Aquarius) tend to be a bit tough and can overwhelm their Pisces, who are very easily influenced. Although, it is worth noting that in such relationships there are many opportunities for growth and development.

LOVE Many people who love you and are with you will support you in this phase, do not worry. Do what is necessary and do not

LOVE Single: Spontaneous romantic actions have a lot of value for you because you are not very planning. Let things happen naturally, and let everything flow

Love Neptune and Venus at a tense angle could lead to disillusionment in your relationship; remember that no one is perfect. For those who are engaged, invest