It is fair to say that a Cancer man and an Aquarius woman do not appear to be the kind of combination that would create an ideally happy couple in most situations. Because of the strain that their relationship places on both of them, the Cancer partners are unlikely to be able to maintain an intimate connection with one another. However, if a connection is established, it has the potential to be wonderful, and if this occurs, both parties may acquire intriguing new ideas as a result of the relationship. If a solid foundation is laid, they both have the desire to learn new things and go on exciting adventures, which will allow Cancer to lead a peaceful life. 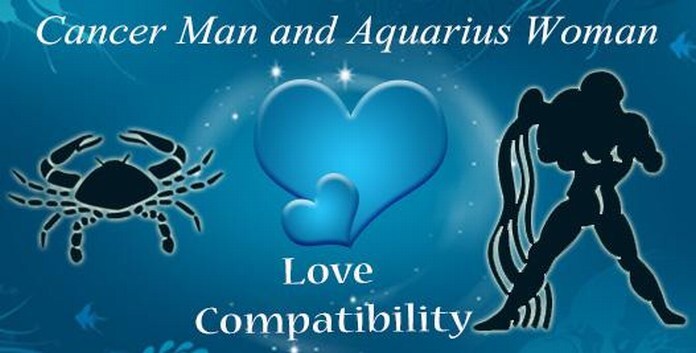 Cancer and Aquarius partners are stressed. Cancer, ruled by the Moon, is the most sensitive sign but can be severe and distant when setting limits. Aquarius is seen as a change agent and innovator, but they are a fixed sign, set in their ways, and irreversible.

Cancer may be so stressed out by love activities that Aquarius won’t be able to make the required adjustments to be nicer. Physical activity, especially sex, must channel Aquarius’s energy. Cancer doesn’t understand this and thinks only sentiments should be shared in a sexual connection.

Cancer and Aquarius may enjoy a thrilling sexual experience if Cancer lets their reasonable thinking take control and Aquarius doesn’t force anything on Cancer. Cancer will provide feelings and tenderness to Aquarius’ sexual life. If they experiment and exchange emotions, they may even have fun.

Cancer Man and Aquarius Woman Trust in Each Other

Cancer frequently finds it challenging to embrace Aquarius’ unorthodox nature since it contradicts Cancer’s desire to maintain a highly peaceful environment. The cosy, familiar atmosphere Cancer craves will be severely disturbed by the rebellious Air sign of Aquarius. They will increase the amount of stress and information in their life as well as the daily pace that cancer must withstand.

Once they reach the current stage, they are frequently intensely focused on their children and the family they will eventually form, even though they exhibit love in a variety of ways. No other sign in the zodiac is more suited for family life than Cancer. When they are dating an Aquarius, they might take on the majority of their responsibilities and daily tasks. They would be able to provide their children with an unrestricted upbringing and a lifetime of freedom in return, something that no other marriage could achieve. They might have to make concessions in order to maintain their relationship because of their differences.

Once they become passionately and emotionally engaged with one another, they won’t be as quick to break things off. Aquarius will see it as a test and appreciate the security and love they get from their partner. Cancer will realize they’ve never needed to be this free to be themselves and that being enmeshed in a highly synergistic connection they’re prone to get attracted into is actually better for them. Once their deep bond has grown, it will be challenging for them both to let go of it.

Communication and Intellectual Between Cancer Man and Aquarius Woman 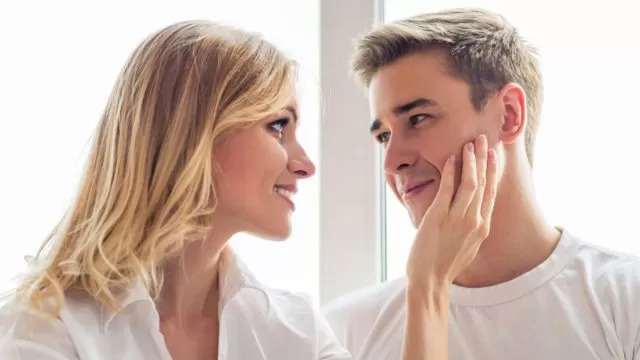 Together, Aquarius and Cancer can pursue intellectual interests. When Aquarius finds it difficult to concentrate on specifics and interpersonal relationships, a Cancer’s intellect is acute enough to do so. They might make enormous ideas come to pass, especially if a lot of individuals are needed to participate for them to be realized.

The finest start to their relationship is secured if Aquarius sees their Cancer spouse as a distinctive individual who needs to be studied. This can provide them with both the breathing room they need to urge a firm grasp on one another, which might affect all other facets of their relationship. If this happens, Aquarius will approach those strange acts. Cancer requirements should not be the least bit thought of as typical. After all, not everyone has the luxury of sipping their morning coffee with their partner in silence.

Cancer and Aquarius both place a high emphasis on information, although to varying degrees. As a result, if they can cultivate this kind of relationship, they may be able to avoid being identified by other principles they hold dear. In contrast to Cancer, who values stability, intimacy, and family stability more than anything else, Aquarius values freedom, intellect, and modern technology. While it may appear that they will never be able to bridge the gap between their worlds, clinging to their mutual love of distance and travel, or working to learn from one another, could help them do so much more quickly.

Cancer Man and Aquarius Woman Trust in Each Other

Cancer isn’t always trustworthy and honest, but when they are, it’s because they aren’t always frightened of their loved one’s angry reaction or of really hurting them. Those who were born under the sign of Aquarius may find it challenging to be open and trusting in interpersonal relationships. Even if a Cancer’s partner admits that they can be a bit wild at times, the Cancer’s deep-seated sceptic of what their partner is capable of will not be assuaged by this information. An Aquarius’s more liberal personality may seem insane to a Cancer. Even if none of them intends to deceive one other, the fact that they don’t appear to trust one another over the long term makes it a clever thing for them to do. 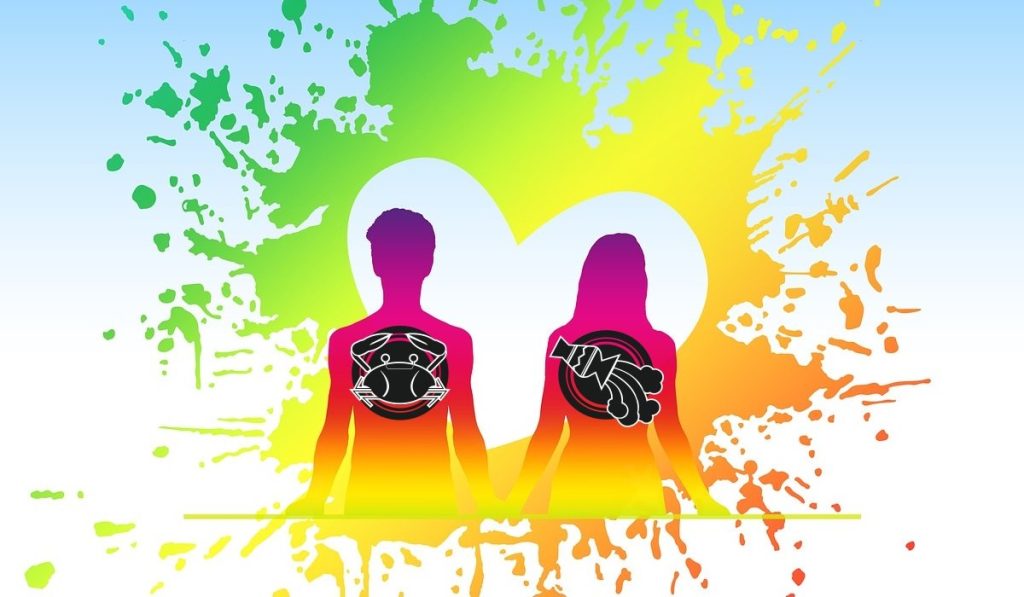 Unlike Aquarius, Cancer prefers to stay at the front desk, picnic in the park, or visit a furniture store. For the most part, travel is what will unite them. It’s easy to think of cancer as a safe haven, but this isn’t always the case. Because Jupiter is exalted, they will have a strong desire to travel. This is excellent for Aquarius because they are always on the go, and landing in a massive Boeing 747 would be ideal.

In order for Aquarius to make positive strides in this relationship, they need to first realise how eccentric their partner is, and then muster the courage to experiment with being comfortable while also having fun. The belief that one’s home can function as a foundation from which one can pursue their interests freely requires the Cancer sign to take on the greatest responsibilities in order to keep up appearances. In the end, Cancer might have the opportunity to experience the indescribable joy of freedom, while Aquarius might have the chance to connect with someone. If these partners keep to themselves most of the time when having their morning coffee together, taking this step can be the first step toward success in the majority of situations.

The Aquarius woman and the Cancer man will not have to be bored in each other’s company, because from the very beginning they may be very interested in each other. The advantageous difference between this pair is the ability to find compromises. Both the Aquarius woman and the Cancer man do not like conflicts and prefer to resolve everything peacefully. In addition, they both tend to listen to their partner’s opinion, which makes the dialogue between them very fruitful. In most cases, they become a mutual complement to each other, and in various spheres of life.

They both strive to receive rich impressions from life, which makes them allies and like-minded people. However, they may have different approaches how to achieve this diversity. It would be very useful for them to find a common hobby. Tension can arise if the Aquarius woman, who has a desire for an active social life, will pull the Cancer man out of the usual “shell”. Differences also occasionally arise over financial matters.

This couple feels great about each other in bed because both of them like both experiments and the manifestation of emotions. In order for their sex life to become even more harmonious, the Aquarius woman should remember that the Cancer man is more sensitive and cannot stand competition at all.

For joint activities, they are not very suitable for each other, mainly because of the difference in approaches and pace of action. Fruitful cooperation between them is quite rare, it is much easier for them to work independently. The most profitable area of activity where they are able to complement each other is projects related to art and creativity.

They rarely have the same opinion about the upbringing of the younger generation, so it is difficult for children to adapt to the requirements of both parents. In addition, they often use their own offspring as confidants in their secrets, thinking that this makes family relationships more trusting. However, this is more likely to have a negative effect on the psyche of the child.