Virgo and Capricorn are both Earth signs, and they perfectly match each other’s rhythm. Even if their interactions seem to be too slow for some other zodiac signs, they develop mutual respect, trust, and love based on joint analysis and careful inspection. The partnership in between Virgo Man and Capricorn Woman will end the pursuit of excellence because they allow each other enough time and listen to each other well enough to fulfill the demands that must be met. Both of these partners may be stiff and lose sight of the value of an emotional, mellow approach to life, leading to a harsh and overly rigid relationship. Nonetheless, in most situations, they will give each other enough time to develop out of this and grow older together. 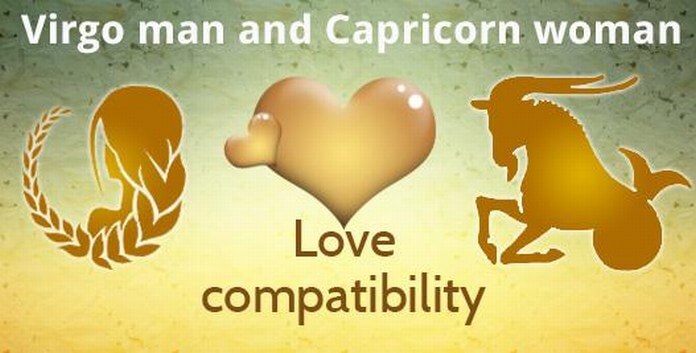 A romantic connection between a Virgo and a Capricorn might be fantastic if they weren’t both too rigid and strict about sex. Even though they have plenty of empathy and understanding for one another, there still seems to be a sliver of pure emotion missing from their interactions. These couples are often refused sex because they have more reasons to deny than to agree.

When they manage to synchronize, the beauty of their sex life is to the extent that both partners are capable of, which is directly linked to the depth of emotions they can display in the act of sex. Their main aim is to meet someone who doesn’t take sex lightly, who isn’t shallow about them, and appreciates them for who they are. Both of them have a shyness about them, and this is something that would drive them nuts for each other if they can only get through the reasonable gap they usually share.

Virgo would bring enough improvement to their sex life as a mutable symbol, ready to experiment with someone so dependable and respectful. If they can find a way to open up initially, this is an ideal partnership for both partners to relax and try new stuff.

Capricorn is a sign that can be relied on, and Earth signs are the most aware of this. There’s nothing shady about them, nothing untrustworthy or susceptible to deception. Virgo has typically little excuse to be unfaithful unless dealing with their loss of confidence and uncontrollable emotions. And if this is the case, a Capricorn partner will motivate them to be the best version of themselves and the most loyal partner possible. They’ll need some time to adjust to each other’s habits and develop the trust they desire. They rarely, if ever, break it for someone or something else.

When anyone from the realms of Air or Fire witnesses these two conversations, it may seem that they are having a very dull conversation. Other zodiac signs find the movement between Earth signs in its purest form unbearable at times, but Virgo and Capricorn relish it. Both of these signs have a depth of mind that can fascinate, excite, and make their conversation extraordinarily fascinating and insightful. They both enjoy an excellent, friendly debate, and they can find a great opponent in each other.

These are the signs that bring a conversation period to a close, with Virgo determining what to talk about next and Capricorn deciding when the topic is resolved. They’re like a well-oiled machine, with gears that fit together to solve any problem the world can throw at them. Their interest lies in these positions, and when they find common ground in other aspects of their relationship, the intellectual one can be energizing to the point of bliss. This is a couple that understands that any problem can be solved and that something broken can be repaired.

Both of these signals are thought to be emotionless. Virgo is the sign of Venus’s demise, while Capricorn is the Moon’s demise sign. They do share some emotional problems, but they are not the same, which helps them find a way to communicate with each other that they both understand. Their relationship will take time to develop, and their feelings, like their confidence, will take time to develop. Both partners begin to gain confidence as their calm, realistic, physical love develops between them. They feel much freer to experiment in life and sex when they have trust, which adds true quality to all aspects of their relationship.

The incredible thing about this couple is how they found each other. Over time, they’ll peel away layer after layer from each other’s souls, becoming increasingly intrigued by something neither of them had noticed before. They portray a mystery box to each other in the same way as a mathematical equation does, and they must open it bow by bow, side by side, before the treasure hidden inside is revealed. 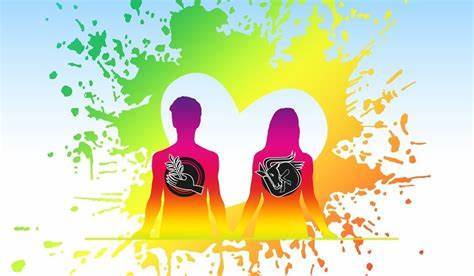 Both Virgo and Capricorn value calm, rational behavior, and choices, as well as the ability to remain reasonable in the face of adversity. They respect depth, and this is something they will find highly soothing in one another, as they will no longer feel the need to act shallow. Practicality, grounding, money, and sound investments will all be vital to them. The critical point of contention here is the importance of Capricorn’s ambitions, as they might be able to go above and beyond from a Virgo viewpoint to achieve them. On the other hand, Capricorn is perplexed by Virgo’s lack of ambition and lack of desire to take the lead.

Virgo needs to move forward where Capricorn wants to move back. Even though they are both Earth signs, which means they will be able to obey each other with the same energies, they do not have a solid connection to the places they want to visit. They’ll both want to see a history museum and learn a lot there, but Capricorn isn’t fond of dealing with doctors, let alone calorie counting and green tea. Capricorn is the sign that best recognizes Virgo’s need to sacrifice, but if they don’t feel responsible for their partner’s actions, they are unlikely to follow them into depression. The most important thing is to maintain fun habits and a routine that keeps them safe and happy.

The search for mutual understanding in this pair will continue throughout their life together. For each other, they will remain full of surprises, so their coexistence will never become boring. The Sagittarius woman will surpass herself in an effort to make the life of her chosen one more romantic, comfortable. The Capricorn man will help her become more organized and collected.

The Capricorn man and Sagittarius woman are strong personalities, and this is the problem for their life together. Both of them rarely make concessions, especially for a man who generally considers his rules not subject to criticism and discussion. In such a situation, his wife also becomes stubborn and can go on principle. If they manage to find an agreement, they will be able to live happily ever after with each other.

It is not difficult for them to understand how to get mutual pleasure in bed, so sexual intercourse is the basis for their happy married life. They are very active and full of various desires. The Sagittarius woman is straightforward in her demands, but the Capricorn man is more secretive, for example, he may be secretly jealous of his spouse.

At first, they do not always recognize each other’s business potential, so in joint activities they need to overcome the grinding period. But in the future, their joint capabilities are revealed to the fullest, beneficially complementing the partner’s abilities. The Sagittarius woman sometimes gives in to trouble, but the Capricorn man is able to bring any business to an end.

The Sagittarius woman and the Capricorn man have similar principles for educating the younger generation. They strive to become true friends and advisers for their children, ready to support their interests and hobbies.