The most remarkable aspect of the Libra Man and Capricorn Woman partnership is how each person’s special traits are integrated into the union. Once they both agree to keep their individuality, they each contribute their best selves to the partnership, which blends beautifully if the effort can be maintained.

The best thing these two can do together is to stop giving a damn about what the rest of the world thinks. There is an excellent chance that they will be lulled by investing their efforts in the relationship, making them shun hard work and embrace lazy rest to an extent where they become neutral towards art, their greatest love. So, they need to keep their passions ignited and create a weekly routine that will help them achieve their goals and make them get out of the house or do something fun.

The most important values that these couples share are to take responsibility and realize the worth of time. This can help them overcome any differences or opposing attitudes, convictions, and values, as both readily understand the set of responsibilities they have toward each other. As Earth and Air signs are both entirely set in their ways, Capricorn and Libra are bound to differ significantly in their approach toward the value of words and actions. Libra thinks that their mind is their most significant asset as a natural communicator, while Capricorn will not care for it too much if results are not materialized through their words. While this usually proves good for Libra as it pushes them to find grounding, it will not be an enjoyable ordeal for anyone involved in a romantic relationship. 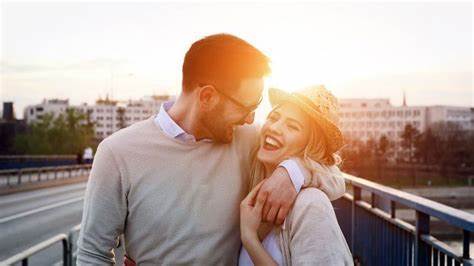 Although this pair might suffer from a lack of intimacy, they surprisingly share a high level of trust between them. Capricorn finds lying ridiculous, and Libra does not feel the need to lie as they value the trust placed on them by their partner. In addition to that, Capricorn can make their Libra partner feel guilty and spill the truth when they spot the slightest glimpse of a possible lie by turning them to Saturn completely. While this is rare, the only issue that could surface is when Capricorn is too reserved or strict from the beginning of their relationship.

It could make Libra feel judged, inadequate, or even scared to make choices fearing the consequences of their actions. This could lead to the downfall of their relationship due to dishonesty. It may not arise due to having something to hide, but instead from Libra’s need to protect themselves by holding on to their privacy.

The sexual relationship between the Libra-Capricorn couple could be compared to a story of waiting, of a wife’s hold for her soldier husband to come back home. As Venus rules Libra, the planet of love and beauty, and Capricorn by Saturn, the ringed planet, the union of the two does not give birth to, well, greatness. These individuals could have a relationship with a lack of sexual activity, even though they might find intimacy essential in their lives. To begin with, they may feel no attraction at all. There is a huge possibility that the reason behind starting their relationship was friendship instead of mutual interest, only to realize that there is no chemistry between them whatsoever later on.

If the lack of attractiveness does not terminate the relationship, they generally come up with another one. It is a mixture that finally gives in to external factors and situations. The two of them could feel under strain, and their self-esteem could suffer greatly. Still, Saturn’s exaltation in Libra will spark communication between them. This will hit a nerve and make them realize the importance of timing, making them both cautious about how they approach to sex to prevent any missteps along the way.

Most of the time, Libras are very obstinate, and this trait makes them more difficult to communicate with when they are dating a Capricorn. Capricorns’ exaltation of Saturn does make Libras experience a sense of affection for them. However, they express their emotions to their spouses in the most peculiar manner. Therefore, these two frequently create walls between themselves for no specific cause.

The largest limitations in their lives are brought on by their natural surroundings. The other is a grounded earth sign and the first is an air sign. Because of this, they are totally different from one another and must deal with a variety of problems in life. But if they can strengthen their bond, they’ll be able to gain enough depth and comprehension to engage in the most fascinating discussions. Rationalism enables people to enjoy fun-loving relationships and mental connections with their spouses.

Libra and Capricorn have a penchant for problem-solving. The satisfaction that follows after solving the most complex issues might encourage them to find solutions to their problems together. They could form the perfect union, where Libra puts the problem in words and Capricorn puts it in action. There is likely nothing in the world that could boost their egos more than circumstances in which they managed to resolve a complicated problem through a simple shared effort.

Normally, Libra is not a stubborn sign, but when they have a connection to Capricorn, they suddenly become obstinate and can even be difficult to communicate with. Libra loves Capricorn, which is a mirror of Saturn’s exaltation, but they express this love in the most peculiar way possible by always needing to talk out of spite. This can result in a protracted conflict with no apparent victor or loser. Instead, it merely serves to drive two individuals further apart for reasons that are opaque to both themselves and everyone around them.

Their spouses frequently experience problems based on their emotions. They lack an understanding of how to deal with their emotions and seek amicable resolutions. Libras are ruled by Venus, hence they are empathetic by nature. But because of their serious temperament, they typically suppress their emotions. On the other side, Libras dislike Capricorns since they have a judging character and have a tendency to embrace all feelings. For Libras, the entirety of the circumstance also becomes a major turnoff. The whole thing also feeds Capricorn’s ego, pulling them farther away from their focus.

The only answer to this is to reach a point of absolute respect and acceptance of every emotion and its various manifestations. After that, crying, getting angry, breaking things, even making a scene in public, giving in to hysteria, or anything else that makes them break their shell and all other restraints will work. But, of course, it does not have to be that dramatic. If they allow each other to express themselves freely instead of bottling things inside them until they explode, they might find a way to show their love in a way that they both will rightly understand.

While Libra and Capricorn might find a way to reconcile after arguments, it will not come easy, especially when it involves their differing approaches towards emotions. Governed by the planet of Venus, Libra’s emotions come naturally, but they are usually held back due to their solemn nature and also the fear of judgment from others. Although Capricorn’s mission in life is to embrace and accept all emotions, they will often be the judgmental force in the relationship that holds Libra down unless they have found enlightenment. In addition to that cruelness, the entire situation will inflate their ego of Capricorn, which makes them believe that they are correct regarding their attitude, leading them further away from the core of the relationship.

If the difficult-to-find commonalities between Capricorn and Libra are really discovered, it will be to their advantage and the match between them might be quite beneficial. They appear to be completely at odds with one another: Capricorn is reserved, while Libra tends to take great pleasure in social events. Capricorn believes that hard effort will advance their aims or ambitions, while Libra is more concerned with beauty, aesthetics, and the arts. Naturally, there will be some sort of meeting place between the two, especially if their relationship is built on mutual respect and affection. However, they must make an effort to unite around something. With the exception of the requirement for commitment, which creates a common ground for bonding, there are significant differences between each of these indications. Capricorn is realistic and grounded, in contrast to Libra’s exuberance and perpetual restlessness.

To be able to create a lasting union, both the Capricorn woman and the Libra man will have to make a lot of effort. The opposite traits of their characters are not able to fully complement each other, so they can even at some point become irreconcilable rivals. The Capricorn woman strives to take a leading position, thanks to her penetrating qualities, and her husband, being of a refined and delicate nature, does not accept such methods of struggle. Although all the responsibility for maintaining this union may lie on his shoulders, the last word, as a rule, remains with him: if he runs out of patience, then the marriage breaks up.

The most difficult thing for this couple is to adapt to the needs of a partner, but if they do not, then quarrels and conflicts will enter their lives tightly. The Libra man in this union gets the role of a peacemaker, thanks to his tact and romance, the relationship between the spouses retains trust and pleasant emotions. Often their marriage falls apart because of a trifle, while they, as a rule, disagree with a big scandal.

They are attracted to each other in terms of sexuality, so their relationship can hold on to this magic wand for a long time. The Capricorn woman is very impressed by the sophistication of her husband, and the Libra man gets a stable and calm intimate life. However, even here he often has to make concessions.

They pay tribute to each other’s professional qualities, but it is not so easy for them to work together, so both should take into account personal qualities and use them competently in business. The Capricorn woman manages to protect common interests, and the Libra man helps to establish trusting contacts with others, but it is very difficult for him to refuse someone’s requests, a partner comes to the rescue, who is more categorical and strict.

They love children and are proud of their successes, even the smallest ones. This, on the one hand, stimulates the younger generation to new achievements, but also the offspring have a reluctance to take on anything because of fear of inconsistency with the excessive requirements of their parents.