Both Capricorn Men and Scorpio Women might be inspired to hunt for the truth, find long-lost ancestors, and deal with any unfinished karma or commitments as a result of the union of the two signs. Due to the fact that they are both profound and do not mess around with things, it will be much simpler for them to establish a strong foundation for a connection that will endure for a significant amount of time. Regardless, this specific issue could make their relationship excessively monotonous and impersonal, lead them both into a mindset of sorrow and wretchedness, or simply drive their desire to seek warmth with another individual. All of these outcomes are undesirable.

Capricorn and Scorpio have a unique physical attraction to one another due to the fact that their astrological signs are in a sextile to one another and that Capricorn honours one of Scorpio’s rulers, Mars. Because Capricorn’s fundamental premise is so straightforward, it will be simple for Scorpio to satisfy their sexual urges. The most challenging aspect of this couple’s situation is their connection to the Moon; specifically, the fact that they represent the Moon’s decline and degeneration.

Even if they are making the most of their relationship, the fact that they have an “understanding” not to be extremely touchy and aroused during their sexual encounter may eliminate any real connection that they have with one another and cause them to become overly frigid and grow apart. They may even convince themselves that this is all that is necessary for them, however, their feelings in the heart will disagree, and people will enter their lives to show them how dependent they are on being physically close to others.

Capricorn and Scorpio are attracted to their limiting signs, which are two of the zodiac’s most passionate signs: Taurus and Cancer. Both of these signs are drawn to their limiting signs. This demonstrates that they want to develop an authentic sense of connection. If they do not approach the situation with finesse and sensitivity, they will never reach the level of absolute delight that they are both capable of experiencing.

Overall, Scorpio strengthens Uranus, and those under the influence of this sign may become irritated by the cautious behaviour characteristic of a Capricorn. It is wonderful that they will be able to take it easy and gradually establish an environment in which the Capricorn partner will feel at ease enough to try out new activities and test boundaries. The Capricorn will have a hard time letting go of the excitement that comes from this sexual encounter. On the other side, a Scorpio will appreciate their partner’s reassurance that everything is fine as well as their tolerance, regardless of whether or not they publicly show off their sexual side.

Capricorn Man and Scorpio Woman Trust In Each Other 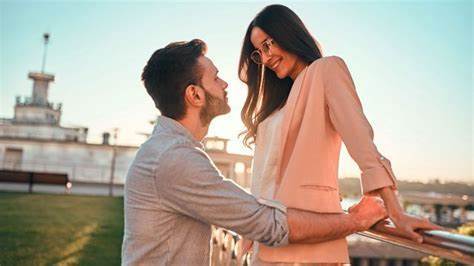 Capricorn is the one sign that Scorpio can always count on to be there for them, and they can always count on Scorpio to be there for them. Capricorn agents don’t need to be particularly legal in any manner, but the fact that they have a connection with such a committed and loving significant other will give them the sense that they ought to be legal to the greatest extent that is practically possible. There may be a lack of faith in this partnership as a result of the fact that they do not appear to be able to detect one another in a manner that is sufficiently profound to know whether or not they confide in one another.

This may be the case because there is not an intimate connection that exists between them. Because they do not appear to be able to detect one another in this manner, it is unclear whether or not they confide in one another. It is possible to find a solution to this issue if both partners acknowledge that they are to blame for their respective worries and make a concerted effort to grow emotionally closer to one another.

Under the circumstances of continuous change and progression, Scorpio can be a challenge for their natural, unyielding, and unwavering reliance on everything Capricorn. Their relative speed, Capricorn’s tolerance, and Scorpio’s mood can surely help them see better, but in case they do not see eye to eye on something, they can wind up in a quiet fight for quite some time. This could happen if Scorpio’s mood is negatively affected by Capricorn’s tolerance.

This partnership does not include any particularly straightforward activities. In spite of the fact that they are aware of the depths of each other’s psyches and have a particular outlook on life-based on the maxim “what you sow you shall reap,” they are nevertheless able to smile, dance, and have a wonderful time together. They could have the misconception that this is not something that is necessary for them. Having a good time and smiling are two things that absolutely everyone should do because, without them, daily living seeps out its meaning.

Those who have a morbid sense of humour are likely to take pleasure in their predicament for a considerable amount of time, and if they surround themselves with people who share similar interests, it will be much simpler for them to take part in life together. When taken into consideration for a sufficient amount of time, the connections that Scorpio has with Capricorn get more extensive, and this may assist them in constructing a magnificent environment that is brimming with persons who comprehend and appreciate them.

In general, they are respectful of one another’s need for privacy and approach one another in a reserved manner until they are able to speak freely. If they are able to stifle all of the negative emotions that come up while they are in the same room together, this may pave the way for respectful dialogue as well as an intellectual arrangement that lasts for what seems like an eternity. 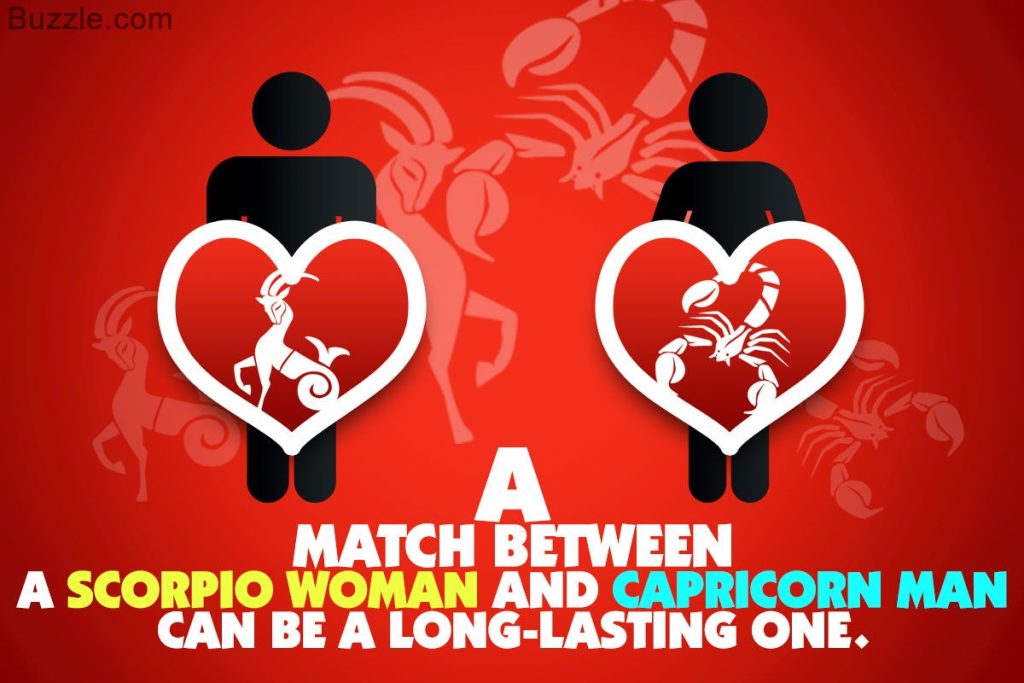 The eagerness with which a Scorpio and a Capricorn touch one another is the most significant obstacle in their romantic partnership. This is primarily due to the fact that both partners will have emotional troubles in general and will attempt to make sense of how they feel by ignoring the Moon. When they first meet, they will give a vibe of people who have both of their feet strongly planted in the mud and who can be resolute and severe when the situation calls for it.

They may find that this brings out the idea that they must always be the resilient individual that they were before anything else, which forces them to push things onto their plate for which they are not prepared so that they do not appear to have any inadequacy. It is necessary for them to have a significant amount of profound and passionate agreement in order to avoid being compelled to move significantly further away from their life objective in order to attain passionate equilibrium.

It is really interesting to listen in on this couple’s discussion on values, especially in light of the complicated connection that they have to Venus and the concept that something has a great deal of value all by itself. The combination of Capricorn and Scorpio’s characteristics is predominately founded on shame and the conviction that nothing is ever enough. This is because Capricorn is primarily responsible for the wrongdoing that Scorpio has committed against Venus, while Scorpio bears a significant portion of the responsibility for it. Even if this will be an excellent impetus for them to advance in their abilities, it will be difficult to manage in a safe and emotional relationship where the two of them should feel as though they have sufficient space for each other.

When working together, Capricorn and Scorpio are capable of achieving a great deal and making significant progress. In order to construct the kind of environment that they see for themselves, they are going to direct the majority of their energy toward the acquisition of objects of value. Even while this may not always be the most uplifting, cheerful setting surrounded with sunshine and flowers, this is the most practical, common sense, and successful technique to enhance one’s degree of self-awareness.

Despite some differences, the compatibility of a Scorpio woman and a Capricorn man will give them the opportunity to live a long and happy life. They are both focused on high results, ambitious and have the potential to realize their desires. They will have to go through a difficult period of grinding in, when they will face the difficulties caused by the fact that both are rather secretive people. But when they get to know each other better, they will be able to become more liberated.

The Scorpio woman, just like the Capricorn man, are not brilliant interlocutors, together they often prefer their favorite activities to secular society, even the most sophisticated. They are quite comfortable in the family circle: this makes them related to each other, they are interested in making the common existence more comfortable and stable in every sense. Although both quarrel quite often, especially on domestic issues, protracted and difficult conflicts are very rare.

Although their intimate life also needs a period of grinding, they will be able to subsequently find an approach to each other. It is quite natural for this couple to receive bodily pleasures, since they are united by the absence of obvious contradictions and the closeness of temperaments.

They work successfully and productively together, they both tend to give themselves completely to the cause, especially if they like it. The Scorpio woman, just like the Capricorn man, is energetic, determined and patient. Together they can take on the most difficult tasks and bring them to fruition.

In the matter of raising children, they find ways for mutual understanding, but they need to develop communication skills, otherwise their offspring will experience a lack of attention. It’s good if they all together actively relax, travel, this will help the younger generation to assert themselves.