Mars is the planet that governs the Aries and Scorpio zodiac signs. Its central mystery is that it controls both our first and last breaths, the beginning of life symbolized by the start of the zodiac circle and the end of life symbolized by the deadly sign of Scorpio. Mars is an unconscious animalistic nature that we don’t offer enough freedom to, even though it is often blamed for the war, suffering, devastation, and fights. Restrictions in our (primarily sexual) energy expression can result in various inhibitions and an accumulation of rage and resentment under our surface, behind the face we present to the world. Mars is the planet that reflects our primal energy, the first chakra, and it is associated with the fears that appear to rule our lives. Suppose we are bold enough to live up to our full potential on Earth. In that case, Mars will assist us in finding our footing, resolving any material and existential problems, and providing us with the energy we need to carry out any of our plans and achieve any of our goals. 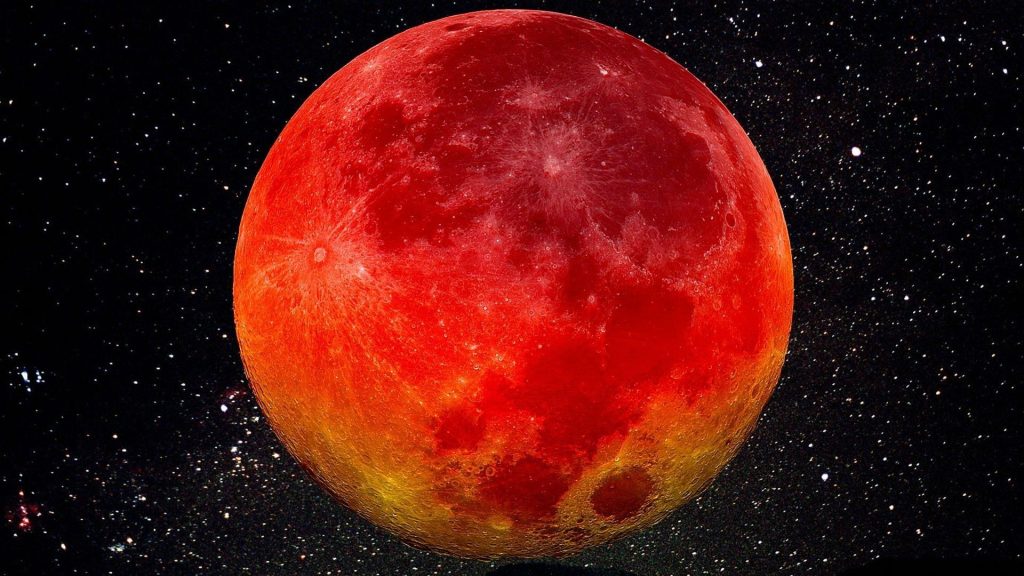 Mars is known as the “Red Planet” because of the color it resembles that can be seen through the naked eye. It was called after the Roman deity of war. This coloring is rusted on the star’s surface, which appears to us as a reddish glow in the night sky. Mars, contrary to popular opinion, is not a particularly friendly world. Only sixteen of the thirty-nine Mars missions were victorious. It has a thin atmosphere, heavy dust storms, and an icy surface due to its distance from the Sun. Its two moons are called Phobos (which means “fear”) and Deimos (which means “panic”) as if to remind us of the difficulties that surround it.

To understand Mars’ impact on the entire zodiac, we must first understand that it represents the beginning of all beginnings. Being the one responsible for the body we have and the incarnation we are in at the moment, it is our first breath and our first scream. Mars is also seen as the greatest malefic in Eastern cultures, while Saturn appears to be its evil “counterpart” in the West. Mars is a powerful symbol of unchangeable destiny and karma. The reality is that they both reflect our unconscious world and desires, which we are unable to comprehend with all of our senses. Though we depend on our minds and hearts much of the time, instincts are often mistaken and dismissed as less suitable or unworthy. We can use the benefits of Mars to build whatever we want if we have a balanced sexual and intuitive approach to life, are fearless and have clear boundaries.

Mars will be portrayed as fast, automatic, reckless, violent, pushy, and angry in all astrological readings. On the other hand, it would be a reservoir of energy that we must use during this lifespan, regardless of where it is located in our chart. We can see someone’s willingness to direct their energies toward their goals based on the symbol, dignity, and the aspects it creates. When Mars is frail, in Cancer, or under challenging squares, it bends a person’s energy and leads to harmful or self-destructive actions. It is a master of crimes of passion when our mind darkens, and our decisions become foggy and ambiguous because it governs our simple, spontaneous, and unconscious tendencies. It may be the source of all global violence, but it is merely a demonstration of which physical needs in our lives were never fulfilled.

Mars is the zodiac’s action world. After all, the ‘Red Planet’ should be fiery, and Mars does not disappoint. Mars is a fire sign who thrives on energy, enthusiasm, drive, and determination. This world orders you to get up, be heard, and get things done — sitting on the sidelines belongs somewhere else in the heavens. Simply put, Mars represents the individual’s strength and self-assurance.

Mars is also a place of ambition and rivalry. Mars inspires us to face obstacles and be our best — or significant — whether at work or on the field of play. Aggression is a part of Mars’ strategy, but he still values bravery and honour. This world appreciates assertiveness and a fearless, adventurous spirit.

It’s important to remember that Mars’ energy can be both positive and negative. Mars, the ancient God of War, was known for his brutality. Although the planet’s energy continues to radiate, it also asks us to use it for good. Mars’ motto includes endurance, determination, and success.

Mars is the world that regulates our sexuality and sexual energy, as well as arms, injuries, and surgery (the last two illustrating the yin and yang nature of this planet). Finally, if properly used, Mars’ energy can be very beneficial.

Mars’ orbit around the zodiac takes nearly two years to complete. It is a masculine force that governs both Aries and Scorpio and the First and Eighth Houses.

Mars represents all that is fiery, spicy, red, burning, and sharp. It’s a knife and a gun, any weapon that can inflict pain, and anything else that can inflict pain. If our boundaries are tight and instincts are respected, whatever it comes into contact with has the potential to bruise and damage us. It is a world of strife, and it speaks to our need to fight for what we want or wish for ourselves. It has no understanding or common sense without the Sun and Mercury, and it does not understand emotion without the Moon and Venus.

Mars is a soldier and an officer who wears a uniform and is a young shooter who targets high. It is the force that keeps our heads up and propels us forward, which is why the retrograde movement is often regarded as the most complicated of all the zodiac’s backward motions. It represents all of the acute states we experience, whether physical, emotional, or mental, and manifests primarily through the element in which it is contained. We can see that emotion is both its most significant challenge and greatest reward because both its rule and fall are contained in water. The Moon and the watery nature of our spirit, emotion, compassion, and deep understanding and encouragement derived from our family and ancestors are always essential to a healthy Mars in our plans.