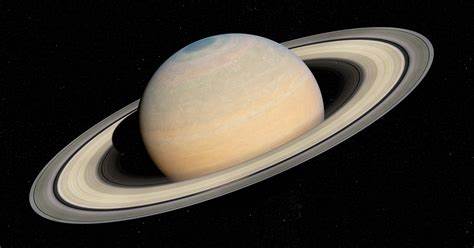 Saturn is a mysterious planet since it is both the most beautiful planet in the Solar system, with colorful rings drawn and pictured, and the most maleficent of all the bodies in our maps. This planet, which governs Capricorn and Aquarius, connects the old and the new, the traditional and the modern. Its primary position in our lives isn’t easy or particularly optimistic, to begin with, but that doesn’t make the lessons it teaches any less critical. To fully comprehend Saturn, we must go deep inside ourselves, ready to unearth all manner of negative emotions from the past and deal with them before we achieve a state of consciousness and clarity. This explains why people born under the sign of Saturn are compelled to look back, wonder about, and even obsess about the past, being entangled in problems they can’t fix. We must go back if we cannot move forward, and Saturn’s key strategy is to accept responsibility. Nothing that Saturn brings will limit or stress us anymore if we take full responsibility for our lives.

Saturn is the last planet visible to the naked eye in the Solar System. Anything outside Saturn’s orbit is hazy and visible only under certain conditions, which is why transcendent planets were not discovered and confirmed as planets even though Saturn had been used in conventional Astrology for a long time. Saturn’s rings are composed of ice and dust, and even then, it is not one of the “ice giants,” it appears to be surrounded by ice, which suits its zodiac role nicely. It has the thinnest and widest rings of all the planets, and its entire surface is the flattest of all the planets. At least 62 moons orbit Saturn, the majority named after Greek Titans, their descendants, and giants from Gallic, Inuit, and Norse mythology.

Saturn marks our solar system’s visible border with the rest of the Universe, and as such, it speaks well of personal boundaries. When in a difficult situation, it reflects a person’s inability to protect themselves or create barriers to the outside world, other individuals, and complex and burdensome circumstances. It is the constraint itself, always pointing us in the direction of our actual course, but we seldom see it as beneficial in any way. The level of faith Saturn needs to manifest in its highest form is nearly unattainable, as it requires us to embrace all that happens, including all hardships and obstacles in our path, as if they were there in the right place, at the right time, and entirely under our control.

The sense of duty it instills also contributes to feelings of inadequacy and remorse, and the demands it places on any planet, home, or sign with which it comes into contact are often heavy and demanding. Even in the best of positions, Saturn remains the boundary that our culture places on our world, and only if it genuinely embraces us will we be able to flourish in the system we live in. It is considerate of deadlines, preparation, and hard work. You can’t avoid the responsibilities that come with it, so the best thing to do is dive in, embrace all that comes your way, and hope for the best while accepting the messages the Universe sends your way every day.

Saturn is also known as Father Time or Lord of Karma, as astrologer Alan Oken refers to him. When it comes to Saturn, we reap what we sow. Saturn controls the legacies we leave behind as well as our lifetime accomplishments. Saturn also influences our careers, as this planet shows us which interests are worth pursuing. Although it may take decades to accumulate skills, we will be motivated enough to keep trying, learning, and concentrating. Someone born with Saturn in the technology-driven sign of Aquarius, for example, might create a game-changing scientific discovery or become a leader of a social justice movement.

Saturn’s influence is undeniably strong. It is the second-largest planet and the only one visible with the naked eye. Saturn emits more energy than it receives from the Sun, illustrating how this world motivates us to create, hustle, and draw on our inner reserves of power. Saturn was the co-ruler of Aquarius, the zodiac sign that rules the future, until telescopes were available to observe Uranus, Neptune, and Pluto. Don’t get it twisted: Saturn isn’t entirely trapped in the past! To build, one must also look ahead—and stay a few steps ahead of the game.

Saturn is the deity of time and order, and as such, it talks of your grandfather’s watch as well as the capability to do everything right, one by one and on time. It is a deadline that we must meet and the amount of time we have in our lives. It speaks of something sluggish, incomplete, broken, but valuable, and it counts in seconds, hours, and years. Saturn is a shadowy older man and a Tibetan bearded guru who lives in poverty and isolation. Saturn’s fundamental purpose in our lives is to make us rest, even though it encourages hard work and speaks primarily of our career choices, status, and progress achieved by careful preparation. When you think about it, you’ll know that getting enough sleep and exercising our privilege and human right to rest makes life simpler. This is why, when dealing with Saturn’s problems, meditation and relaxation methods are highly beneficial.

Saturn will trigger a spasm and ways to make us rest at all costs if we overwork and take on too much responsibility from others. If we want to breach all of our limits and boundaries, it will force us to do so by making us sick so that it can eventually put us to bed. There is no quick or straightforward way to explain how it works since it is a planet of our unconscious knowledge for our limits. It represents our breaking point if we are unaware of our potential, capacities, and basic physical needs.