Energy Astrology: Everything that you should know about

ASTROLOGY AND THE ENERGIES

Astrologers are primarily concerned with three types of energy


The branch of Astrology that connects celestial bodies with our chakras is one of the branches that emerged with its development in the twenty-first century. Energy Astrology is based on the idea that each planet and light we use in our basic astrological approach corresponds to one of the chakras. All signs and houses add color to the planets’ story.

In the night sky, seven celestial bodies can be seen with the naked eye (or by day if we speak of the Sun). Each of them represents the flow of energy in one of our energy centers – chakras – in Energy Astrology. The first chakra or root chakra will be connected to Mars and we can figure out where the problem is in someone’s chart based on its position, dignity and aspects. The more complex a situation is, the more energy is obstructed, and the flow is disrupted.

The way these things are intertwined is genuinely superb. When you compare how a lack of balance manifests in one of the chakras to the lack of balance brought on by a corresponding planet, you’ll be surprised to find that they work in perfect tandem. As astrologers, we will immediately recognize that someone has a problem with energy, fears or aggression if their Mars is in a challenging position.

The advantage of this approach is that it allows us to have more room for healing. Work with the energy field is common in Eastern medicine and bioenergy healing has a large following of people from all walks of life and all corners of the globe. If nothing else, we can all relax our bodies and pay particular attention to any spasms in the area where the chakra in question is located. Thus, even the tiniest shift in our perspective could result in some benefits and changes.

The greatest benefit of this approach to Astrology is the connection it establishes with our physical bodies. While most of the other branches focus on the mind, mental deduction and understanding of one’s life and character, Energy Astrology will remind us that we are all human beings made of flesh and bone and we must prioritize our physical needs. This branch is supported by meditation and various relaxation techniques and traditional Natal Chart Astrology, which provides a tool for understanding essential astrological data and aids in interpreting various dignities and positions.

ASTROLOGY AND THE ENERGIES 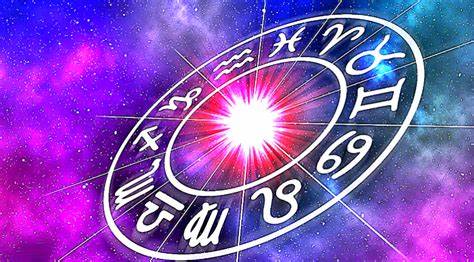 The third set of energies must be added to these two, and these are the foundation of much of our astrological research. They are emitted by the twelve constellations that make up our solar zodiac. Their combined effect is infinite, and the permutations of these three groups of energies result in the infinite complexity we see in nature. The astrologers’ claims about the reality of the energies acting on the human organism can be seen to be true; however, their claims about their ability to interpret are largely unfounded. So little is truly known by the planet’s highest intelligence; remember, adepts rely on intuition first and foremost. These energies leave their imprint on all forms in all kingdoms of nature, acting as a regressive or stimulating force. They either carry one type of energy forward to a fuller expression of any firm’s quality or hold another back from a fully developed manifestation.

It is not appropriate to discuss the nature of true astrology at this time. Astrology is indeed a science in the making. It is also true that astrology, in its highest form and proper interpretation, will eventually enable man to focus his understanding and function correctly. That the secret of true coordination between soul and form will be discovered in the revelations that astrology will make in the future is also correct. However, that astrology has yet to be discovered. There is far too much overlooked and unknown about astrology to make it the exact science that many claim it to be. The claim will be fulfilled at some point in the future, but the exact date is unknown.

Astrologers are primarily concerned with three types of energy:

The energy of the constellation or sign in which a man is born has far greater significance than previously thought. It embodies or indicates his current problem, establishes the pace or tempo of his life, and is linked to his personality quality. Moreover, it governs his life’s raja sic or activity aspect during incarnation, if I may use that term.

If he is to fulfill the purpose of any incarnation, the ascendant or rising sign indicates the line along which his energy as a whole can flow. But, of course, this is only true if the situation is handled correctly. It holds the key to his future, and in its symbolism and interpretation, he can find the answer to his life’s puzzle as well as a glimpse of what he can be and achieve. It shows him the kind of force that will allow him to succeed. When properly completed, this could be regarded as bringing about the sattvic, or harmony, aspect of his life. When it plays its part and is put to use, it brings about harmony with the soul’s will during any given incarnation.