What are the physical features of each zodiac sign?


Although we usually talk about traits more related to personality or character, some physical characteristics identify each sign. In this case, the sun sign must be taken into account and the rising sign. You have to know that the ascendant is the sign of first impressions, how you show yourself to the world, how you deal with it, how you project your ideas, and it is also closely related to physical features and appearance. In this article, you must pay special attention to your rising sign, although you may feel somewhat identified with the solar. You know, the solar is the one with the most force. These are the physical features that each sign has in common:

Aries is a sign with strong and resistant physical features. He may be thin in build, but still strong muscled. He is very impatient. He always goes from one place to another quickly because he cannot be still. In addition, he likes sports a lot, which makes them like being in good shape. He has a fairly athletic body.

No matter what the color of his eyes is, a fiery gaze can be seen through him. He transmits many with his look and that says a lot about Aries. He usually has eyebrows with a very defined shape that move to express. His facial features are quite pronounced, they can even be somewhat harsh. A lot of people can dislike the first impression for just that. People think Aries is a tough nut to crack between that penetrating gaze and those marked facial features.

On the outside, Taurus is someone very calm. It transmits you a very special peace. He is so calm that there are times when he can make others impatient. He may be a calm person, but you know he has a strong temper. He is patient, but he is also determined. Something on his face tells you that you better not mess with them. Maybe it’s his powerful gaze.

Taurus are people who have very strong and voluminous hair. They attract attention for this very reason. It is her hair that gives her face so much strength. Something that draws a lot of attention is his shoulders, which are strong and somewhat wide in both men and women. Something special about Taurus is that he likes to dress well and has good taste when it comes to dressing. He likes to be elegant. 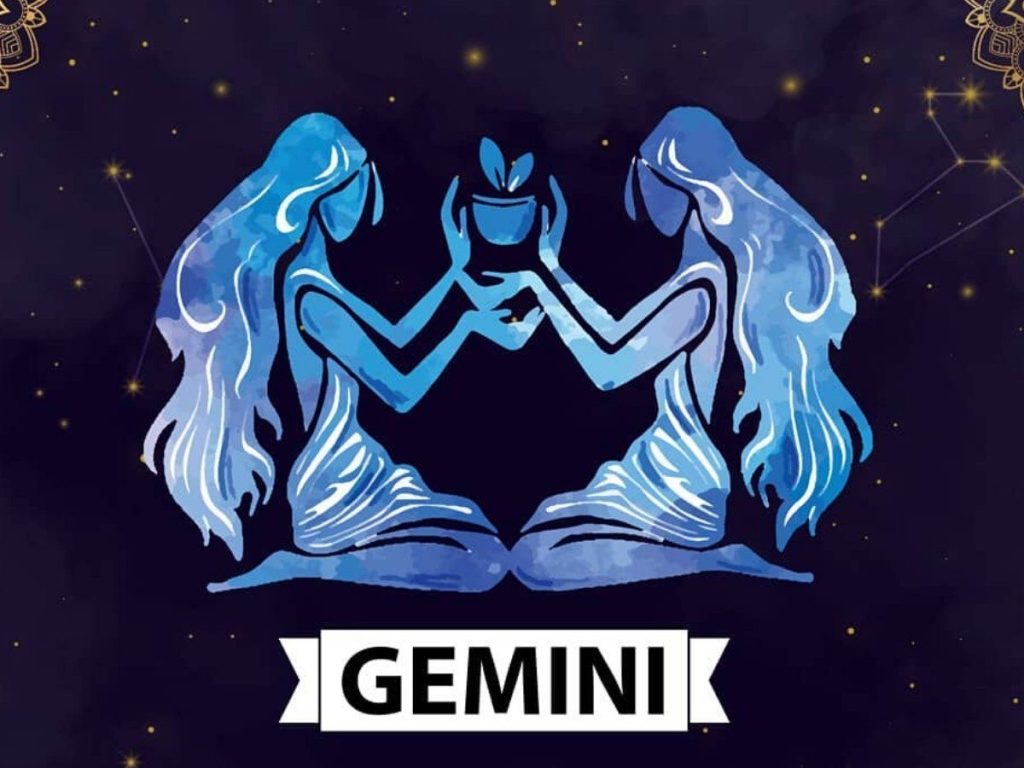 Geminis are very varied people, but there is something about their appearance that has a lot of personalities. They are usually very nervous, cannot stand still, and have a hard time closing their mouth. He hates awkward silences and will do everything he can to avoid them. He is very resourceful, curious, and loves to interact with others.

Being such a nervous person, he usually has a fragile body. You know, it doesn’t stop going one way and the other, it doesn’t stop moving. You may not be the person who does the most sport in the world or the most muscular person, but you will seldom have a problem with your weight. Physically he is a very expressive person. He not only expresses with his mouth but also with his hands, with his eyes, with his eyebrows ... His lips and mouth attract a lot of attention. She may not be perfect or her lips are thick, but her mouth is still very attractive.

Cancer is quite a shy sign, it does not like to be the center of attention and usually does its best not to attract attention. He has introverted behaviors and is also a very calm person. He conveys something with his presence that makes you feel calm.

Physically her face shows innocence and sweetness to such an extent that he can appear younger than he really is. He usually has a rounded face and a very sweet and bright look. It gives off a very innocent vibe when people see it. It may even be a short person. Despite conveying innocence, it also conveys a very motherly/fatherly vibe. He is a person very attached to childhood, in one way or another. His way of dressing is not very quirky, but still, he likes to add something that captivates others.

Leo is a person who shines in a different way. There is something about them that draws attention, that hooks others. Leos are people who give off an incredible vibe. To such an extent that they can often overwhelm or even fall a little badly first. It has so much strength inside that it is not suitable for all audiences.

His physique is incredible. Be that as it may, something about your physique takes others to fall in love. His hair is usually showy, and his mane is long and lush. If not, it will be a person who is constantly changing their look or very concerned about their hair condition. His smile is very attractive. It may not be perfect, but it has something that attracts a lot of attention. He expresses a lot through his face because he has gestures that are somewhat exaggerated and a bit dramatic. Without a doubt, he is a person who attracts attention.

There is something in the physique of the Virgo that imposes. He is a person who demands a lot from himself, both physically and mentally, that is why you will always realize that he takes care of his image and takes care of everything that has to do with it. He cares a great deal about his health, so he is usually someone who is trying to stay in shape. He pursues the maximum philosophy of “less is more”. It may not be very extravagant when it comes to dressing, but it is elegant to the best of its ability.

Virgo expresses a lot with their movements more than with their physical features. He has a very peculiar way of moving when he walks or talks. His hands transmit a lot. He is a person who takes great care of his hands because they seem very important to him. His face has very marked features, making him look very attractive and sexy.

Libra, through its physique, transmits sweetness but at the same time rebellion. It is as if you were trying to put together black and white, sweet and salty, night and day. He is a very calm person, which is also noticeable in his features. Libra people do not usually have aggressive features on their face and if they do, there will always be something to completely counteract it.

It could be said that it is the sign of beauty since the ruling planet of Libra is Venus (as is of Taurus). Unlike other signs, your nose transmits the most from your face. It is not because it is more or less large, but because it differs from the others. His smile also says a lot, because it is not something he shows to everyone, but when he shows it, it leaves everyone speechless. Her skin tone is usually lighter than normal and perhaps that is what transmits so much sweetness.

Scorpio’s physical traits are very strong. He is a person who transmits a lot, both physically and mentally. His look does not go unnoticed by anyone. It is something that marks you forever. Although not black or brown, she has eyes that convey a dark look. Scorpios are mysterious people who only with their presence transmit something special, something very spiritual.

Physically Scorpio has dark hair or somewhat reddish tones when the sun reflects on it. They are people with a body that can take whatever is thrown at them. They are strong even if they don’t appear to have a lot of muscle. He loves everything that has to do with black or dark. Scorpio women tend to wear lipsticks in dark tones because they feel more identified with that color. Men always wear something black too.

Sagittarius transmits a lot physically. It is very easy to recognize when you are around a Sagittarius. It cannot be defined in words, but you know what it is. It is a magnetism, a vibe, an energy that goes beyond the physical. Sagittarius people convey some shyness at first, but deep down you know that they have a lot of character.

His smile is what captivates everyone. It is wide, bright, and pretty. It may not be from a magazine, but it is beautiful. Sagittarius is someone who is impatient and who is always from here to there, for that reason, he is usually a thin person. His nerves burn everything. You can also have gestures and ways of moving that identify you a lot. They may be somewhat exaggerated, but they are very characteristic of Sagittarius. Without a doubt, he is a person who stomps very hard.

Capricorn’s traits say a lot about him/her. She is a very seductive person, but at the same time very dark and deep. He does not let the whole world know him, nor does he like to be the center of all eyes. He tries to go unnoticed but many times he does not succeed. He/she is very selective with everyone and for that reason, he/she can fall a little alarming at first. It is not that he does not want to be your friend, it is that he prefers to meet someone.

Capricorn people have very strong facial features. Especially the jaw or cheekbones. Perhaps that is also why they may seem somewhat arrogant when you just met them. Capri tends to have a brown skin tone or that quickly takes color when it goes out in the sun. His way of dressing and his style is unique. It is always based on dark colors.

The physical traits of Aquarians are very different from each other. You already know that Aquarius is a different, special sign and does not like to look like others. He is a person with many personalities, which is especially noticeable in his physique. In her way of dressing, in her style, in her hair. He likes tattoos, piercings, and everything that has to do with not being socially correct.

Aquarius is a very eccentric sign. His cut and his hair color change every two by three. His style of dress is very varied. One day you can go all black and the next dress in any color of the rainbow. Many people say that he is childish because of his physical features. It is true that his face transmits sweetness and innocence, but deep down, he is a maddened teenager and wants to be one for his whole life. His look is also exceptional. Because Aquarius is a very shy and quiet sign at first, his eyes say it all.

Pisces’ physical traits are very soft. When you see her, she is a person that you think is very endearing. Someone who has not broken a plate in her life (when she has broken many). It is quiet or at least that transmits on the outside. Even many times, he is too calm and does things very slowly. Pisces takes it easy.

He is a small person. He may be tall, but there is still something that makes him seem small. Physically it is not very exuberant. Still, his eyes are large on his face, and his gaze very intense. His eyelashes are long, and his eyebrows are not marked. His voice is soft and very sweet. Be that as it may, Pisces transmits a lot of calm and sweetness with its physical features.