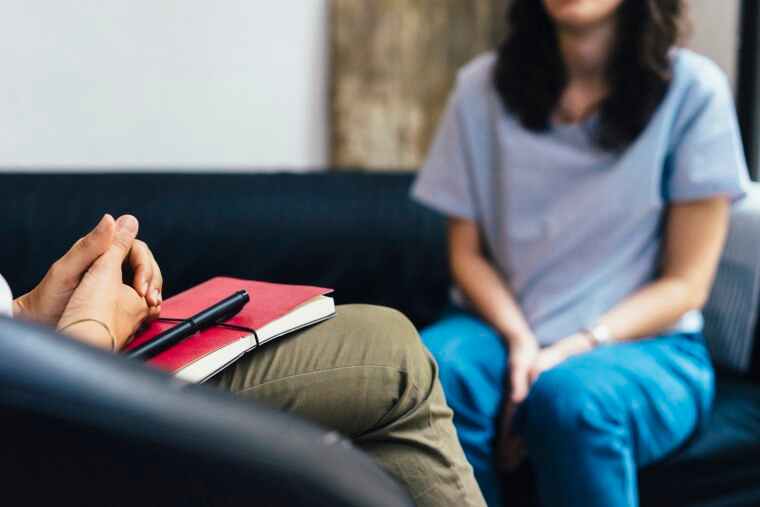 Why are the signs putting off therapy even when they might need it?


Yes, you deserve to be heard. Your emotions matter. Knowing you, understanding yourself, and facing each of the situations that arise in your life is not easy. Sometimes life hits so hard that all you want to do is isolate yourself, and you don’t always do it lying in bed or stopping eating. Sometimes you separate yourself at work, your partner, or your friends, but the wound is still there, waiting to be healed. Let’s talk about why the signs put off going to therapy when they may need it.

The traumas become ghosts that leave no progress and cynically overlook when you scream all, you get angry, do not want to see anyone, or do not stop tears down your face. You know you need help, but it is not easy because few of us have been taught that it is worth asking for it, that we cannot always do it alone, even if we feel powerful. It’s okay if one day you don’t want to do anything. Maybe it’s not you. Maybe it’s your zodiac sign that won’t let you go to therapy, will it? Let’s see the list.

WHY DO YOU POSTPONE GOING TO THERAPY

It is a cluster of conflicting emotions because someone made us believe that therapy is crazy. It was probably someone who was also afraid. And it is not easy to go around telling your life as if you were an open book. Going to therapy is synonymous with overcoming yourself, wanting to be better, knowing your lights, and embracing your shadows, although sometimes you can’t stand them. Let’s see:

Aries and therapy do not get along very well because even though life has given them a shake or two, they do not fall so quickly, thanks to their optimistic and sometimes impertinent side, making them look selfish. Aries is very independent, and there comes the point where they think they have everything under control and do not need help, although deep down, they know that the glass is filling up.

If there is a zodiac sign that has to think about it more than three times to go to therapy, without a doubt, we are talking about Taurus. It can become very annoying for the same thing. The more practical everything you do for them, the better. That is why they hide their weaknesses and fears in the tranquility that does not exist behind a fake smile, but that does not mean they lose their sanity. They are very stable.

Affectionate, intelligent, but with a character that few dare to deal with, this is Gemini. A zodiac sign that does not know the grays likes things head-on, regardless of the emotion this implies. That is, Geminis do not get along with therapy because they are very strong and always have a full schedule, they do not want to waste time because they are perfectionists, although they know that sometimes they need a hug.

Well, you have to pose it in an imaginary way, cancer in therapy? It doesn’t sound very easy, like those movies that nobody believes in. And it is a sign that always has emotions in an up and down, of course because the Moon rules it and that does not help much in these cases. In addition, he is very emotionally close, has had friends for years, and believes that talking with them about their problems is more than enough.

An exclusive zodiac sign of the fire element positions him as someone reckless. In truth, Leo does not play games. He knows what he wants, and being a leader is his main characteristic. He does not allow himself to be bowed down by anyone. Being bright is part of his personality and simply accepting that something is wrong costs him, he does not want to be vulnerable, and few are the lucky ones who know his secrets.

What happens with Virgo is that it is a sign that exudes transparency in all senses, it shows them when something bothers them and also when it fills them with happiness. They are very honest, but with few people, they show their weak side because being meticulous and analytical is what they know best how to do. The problem is that they are very supportive, they always want to help, and when it comes to their problems, they minimize them. They believe that people are experiencing worse things.

Sophistication, kindness, and peace are some of the characteristics of Libra. Why would they want to go to therapy? Well, do not take it as arrogance. What happens is that the charm of Libra is lost when they doubt everything and by saying everything, believe me, I’m being very serious. Libra doesn’t think twice. She thinks thirty, she needs her therapist to make her feel truly comfortable, or she doesn’t dare.

The stars are more than right when describing Scorpio, a zodiac sign that honors intensity because they give themselves with the soul, the heart, and the mind when something matters to them. They are very determined, and although they seem rude, they have a sweet side, which can make them feel sad many times, but they do not say it. They like to have everything under control, and therapy makes them nervous.

Versatility, curiosity but imbalance is how we could define the Sagittarius personality. The point is that it is one of the zodiac signs that is never still. Exceeding is part of their hobbies, and they can be confused between so much success. Being so good at controlling their emotions, they believe that those who should go to therapy are those around them and, the truth is that sometimes they are not wrong.

Detailers, persevering but very perfectionists, that’s what Capricorns are like. Tell them they can’t do something, and they will show you twice that they can. Their practical side keeps them active all day, so they rarely take the time to explore what’s inside. Also, we are talking about a leading zodiac sign. They do not like to talk about their feelings, so they run away from therapy.

The zodiac sign that goes hand in hand with the imagination, Aquarius likes to connect deeply with everyone around him. What has to do with spirituality fills their soul, but its logical side is a double-edged sword because it believes that the therapist cannot solve their problems since no one will see things from their shoes.

A sign that few understand, Pisces is the most sensitive of all. Although sometimes problems steal their peace of mind, they rarely say so. They are very reserved for their privacy and prefer to suffer in silence because it is difficult for them to ask for help. They are used to being independent and believe that the pain will somehow pass.