Queen of Swords Meaning in Love and Relationships

Queen of Swords Meaning in Situation and Question

Queen of Swords Card Meaning of the Day

Queen of Swords Card Board

Queen of Swords Combination with other cards 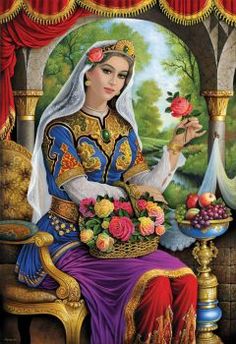 The Queen of Swords is indicative of an independent individual who has many thoughts and ideas. We are talking about a quick-witted and progressive person with an analytical mind. This card hides a person of 30-45 years old, but there are exceptions, it can be a person much younger than this age. And if the card fell to a young person, this means that she is wise and smart beyond her years.

Under the influence of Arkan, a person is not able to listen to his own intuition and inner voice. In his character there is no kindness, mercy, as he follows a rational approach in life. But, nevertheless, this does not prevent him from achieving his goals, triumph, ideals.

When this card falls out in a layout, you can prepare for difficult negotiations and conflicts. There will be no easy achievement of results, but there will be reasonable actions and solutions to certain issues. It is common for a person with the Queen of Swords to move forward, but within the framework of any prohibitions and in accordance with accepted rules.

Under the influence of an inverted Queen of Swords card, a person is not able to properly use his intellect. It can be said that a person is not stupid, but he uses his mental abilities for other purposes. He is a vindictive, petty, impatient person, and seeks to manipulate other people. He does not use his mind for peaceful purposes, this is obvious. The card brings unpleasant news and a lack of prospects, trouble with the law.

It may even happen that under the influence of the Queen of Swords, a person’s love will turn into sheer hatred. He becomes unbearably difficult character, narrow thinking, destructive embittered behavior. He loses control over the situation, as he seeks to control everything, and losses are not excluded. The mind receives false information, and the person becomes distracted and exhausted. He knows how to pretend, he is ready to take revenge and treachery, deceit and crime. He is even able to “kill” a person with words, because they are quite vicious and destructive.

Queen of Swords: Meaning in Love and Relationships

We are talking about a fair union and equal relations. In relationships, emotions are dominated by pragmatism. A single person, as a rule, is an independent person, and he is not just given marriage, some difficulties appear.

The one who got this card is unlikely to want to part with his usual bachelor life. He is afraid of this “stamp in the passport” like fire. And there will be many doubts and reflections on this issue before taking such an important and decisive step.

You can see the cold in feelings or the inability to love unquestioningly. If the card fell to a woman, then she may not be ready for motherhood, or simply be afraid of it.

Arkan means that the relationship between two people is initially built on lies and dishonesty. It is possible that this is a marriage of convenience.

The inverted Arkan symbolizes a union that is in danger of falling apart, in other words, this can be called a divorce of spouses. True, this divorce can be completely different: either a divorce process in court or an ugly divorce with a division of property.

Under the influence of this Arcana, a person will never be able to create a new family and relationships. He is used to manipulating the feelings of other people, and he has not stopped lying and deceiving. The card brings disappointments in love, speaks of treason and betrayal, secret malevolence.

Queen of Swords: Meaning in Situation and Question

A person in many situations will show his competence, excellent experience and diplomacy, self-confidence. The one who got Arkan can truly be called a good negotiator. He really can explain complex processes and concepts.

If it comes to choosing a profession, then he knows for sure that it will be mental work, where he can reveal himself to the maximum. This card indicates that the leadership is honest and fair, and the subordinates are independent, independent, and know their business.

In any situation, a fortuneteller will try to translate his ideas into reality. He will be able to achieve everything he wants, so all troubles will bypass.

The card indicates that a person can make a mistake, since he has a wrong vision of the real state of affairs. He remains alone with his problems, no one will lend a helping hand to him. Moreover, envious colleagues will try to “sit out” him.

A person with an inverted Queen of Swords has no opportunities and prospects, what he does no longer has any meaning and meaning. Gradually, he experiences indifference to everything, depression is not excluded. And in this state, you can do a lot of stupid things. He will want to take revenge on his offenders, go to cunning and deceit, causing harm to many people.

Queen of Swords: Card Meaning of the Day

Fate will tell a person to take the right step. If quite recently he was still dependent on someone, now the day has come when everything is changing significantly for the better. Now you don’t need to be ashamed of anything, you need to behave freely and naturally under any circumstances.

The main thing is not to cross the border, so that the desire for independence does not grow into a war against society. You should expect a meeting with a smart female person. You should listen to what she has to say. This woman in the fate of a person will be of no small importance.

Queen of Swords: Card Board

A person should not hold back before anything, no matter in what area of his life he wants to prove himself. Both professionally and personally, he has enough strength to achieve his goals. He will be able to live the way he wants, not paying attention to imaginary authorities.

The best adviser and assistant will be your own intuition. The main thing is that a person can show all his best qualities.

Queen of Swords: Combination with other cards