Two of Cups Meaning in love and relationships

Two of Cups Meaning in Situation and Question

Two of Cups Meaning of the card of the day

Two of Cups Combination with other cards 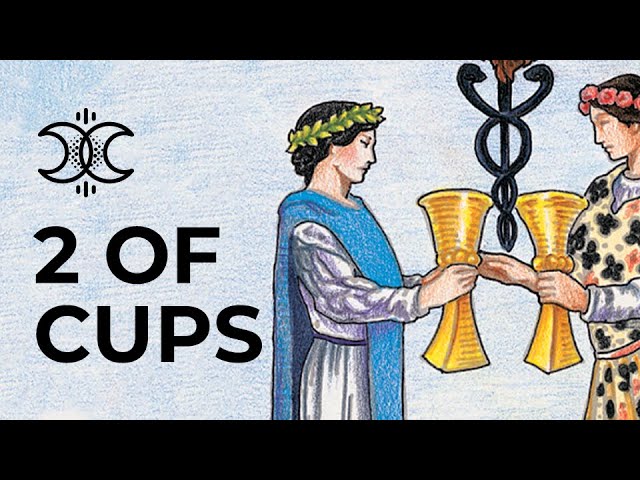 The lasso testifies to mutual sympathy, promising connections, successful cooperation, peace, which finally happens after long quarrels and disagreements. Surely in a person’s life there will be joyful events and meetings.

The card is considered positive, as it carries the formation of relationships in which both old acquaintances and a new circle of friends can be involved.

In the relationship of two people, a period has come when resentment and ambition need to be put aside, and make time for your family and family values. A person will have prospects, directions of development and talents. He will even be able to show his new qualities that have not yet been told to anyone.

Many troubles with this card will be over, because the time has come for the white stripe. So, you can count on a successful and productive start of new business. You can do what you want, and luck will smile.

Despite the inverted card, you do not need to think that it carries a negative. Perhaps there will be temporary difficulties, but in general it does not completely lose its positive significance. There will be delays, there will be some difficult situations, but all this will be a solvable circumstance. Worse, another thing is that under the influence of this Arcana, a person becomes jealous and suspects his partner of betrayal, infidelity (even if this is not really the case).

There is a noticeable inconsistency in the relationship, a person is not sure of the sincerity and decency of a loved one. In collective affairs, he is dissatisfied with the actions of his colleagues, as well as with his own. He does not go towards other people and reacts irritably to their shortcomings.

It is possible that under the influence of the Arcana, separation awaits a person. In addition, he will face difficulties that will be dramatic.

Two of Cups: Meaning in love and relationships 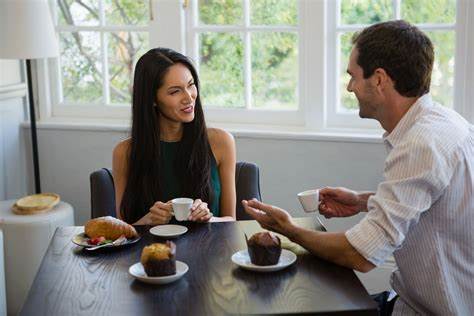 The card is favorable, it brings peace of mind and warmth. Two loving people will be able to find a common language, even after quarrels and conflicts, their relationship is harmonious and sincere. A person also finds mutual understanding in the circle of close people. And those who have not yet sealed their relationship by marriage can count on romantic meetings. If someone thinks that the ideal partnership does not exist, then they are mistaken.

With the Two of Cups card in the upright position, people literally understand each other perfectly. In relationships, there is warmth, tenderness, romance, love. And in the house there is a favorable and cozy atmosphere. The card implies that people are made for each other. Usually they say about such people like this: kindred spirits. They always want to be together, because they understand that thanks to this they are happy and successful.

Problems can occur in a person’s life that will not be resolved at a certain stage. Basically, these will be some external factors, and not external discord and doubts. Do not even try to change something, nothing will come of it. Leave everything as it is. Most likely, the problems will go away on their own, but this takes time, and possibly a lot of time.

Two people may have mutual love, but often under the influence of Arkan, the external problem just consists of social inequality, we can talk about a mismatch of characters. A person can engage in introspection, underestimate his self-esteem.

And such actions can easily create a lot of problems for him in relationships. In addition, partners have different vital interests and goals in life.

Two of Cups: Meaning in Situation and Question

A successful and promising business partnership is expected. A person at work will succeed in many situations, especially when he does his job together with the team, and not alone. He will definitely find mutual understanding with his work colleagues, even if he appeared in this team quite recently. Colleagues will respect him and set him as an example.

If we are talking about foreign partners, then here he will not be equal. He expects successful negotiations with partners who will be interested in further cooperation. In creative affairs, he will show his aesthetic sense, and excellent prospects for the implementation of the artistic direction.

The card will not please a person, as it is characterized by a loss of authority, inconsistency in teamwork, attempts to manipulate. In situations, a person can expect disappointments, especially they will relate to business partnerships.

If in the upright position the Two of Cups implies teamwork, then in an inverted form a person should take up the matter on his own. It is in this situation that he will achieve more. Indeed, in such a situation, each colleague will pull the blanket over himself. A person can direct his actions to a completely illegal business, he will adapt to someone.

Two of Cups: Meaning of the card of the day

The day will be remembered for affairs of the heart, where there will be deep sympathy, love, spiritual contact or reconciliation. If there is a loved one who is already a spouse, then there will be a period when you can relive those first relationships and love that have not faded so far, but even strengthened.

Under the influence of the card, a person will show the ability for diplomacy and excellent communication skills. A fairly well-coordinated, fruitful joint work awaits a person, where collective efforts will be shown. It is in the team that he will be able to achieve incredible success.

You should not rely only on your own strength, you need outside support. When there is support and a chance to consult with someone, you can hope for good luck.

Thanks to the help of other people, a person achieves a lot, and at the moment his determination and personal experience are not so important. Better to have more friends than money. The proverb: “Do not have 100 rubles ...” remains relevant to this day. Do not look at the world through rose-colored glasses, there is a risk for success, professional activities and relationships.

Two of Cups: Combination with other cards