Emperor Meaning in love and relationships

Emperor Significance in the situation and the question

Emperor Meaning of the card of the day

Emperor Combination with other cards 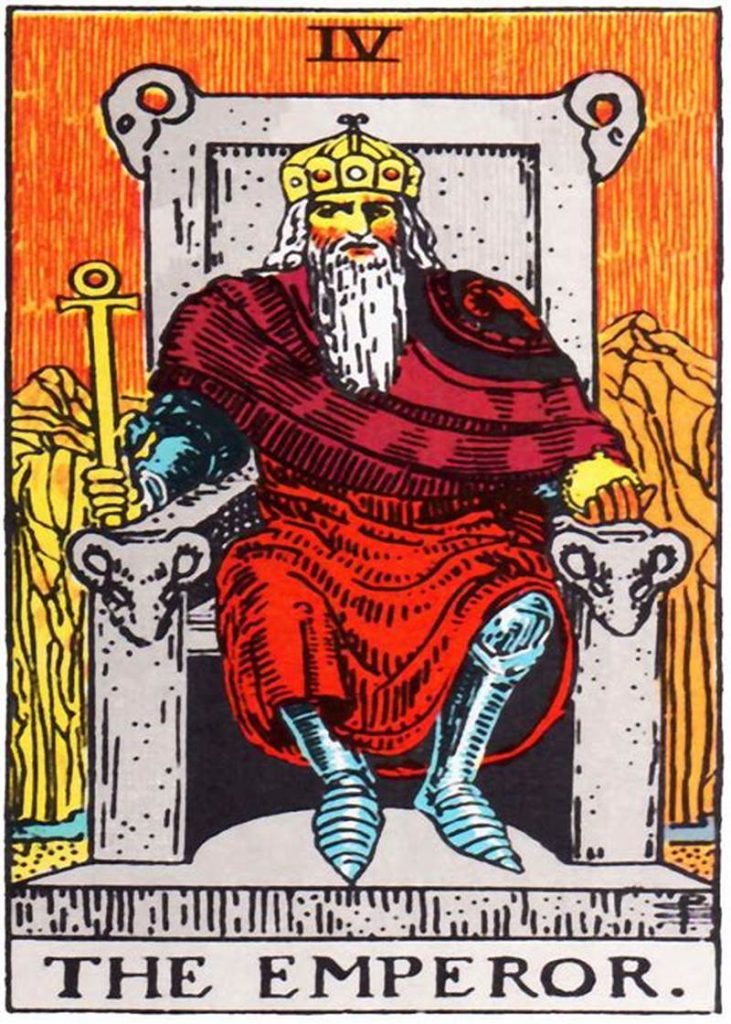 The card in this position falls out to people who are practical, purposeful and reliable. They are distinguished by perseverance, sound rationalism, the ability to bring things to the end, to defend their point of view and interests. These are born leaders.

The emperor also says that the proposed work must be done right now, without delay, and all problems must also be resolved without delay. The emperor suggests that discipline, responsibility and rationality in decisions will help in this.

The card also hints at the need for decisive action to protect one’s interests, but these actions must comply with the requirements of law and morality and not contradict the dictates of conscience.

If the Emperor falls to a woman, this may indicate that she has a strong male patron, or that she is under the strong (positive) influence of an older man.

Arkan often hints at the need for certain efforts (including quite significant ones) to create and maintain a position that a person considers worthy of himself.

The reversed Emperor turns strengths into weaknesses, pushing them to the extreme. Practicality turns into mundane materialism and greed, while healthy rationality turns into meticulous attention to minor details. Often, a card in this position falls out to people who have a hypertrophied thirst for power, real, as well as alleged tyrants and despots.

The inverted Emperor can also mean an immoral person, and one who knows about his shortcomings, but fundamentally does not want to fight them.

Arkan can warn of a general stagnation in business and personal development, moreover, as a result of a conscious refusal to grow.

Emperor: Meaning in love and relationships

In this regard, the Emperor points to the possibility of long-term, lasting, stable relationships based not so much on romantic love as on friendly disposition and mutual respect.

This card is also evidence of the household stability of the family, material stability. The emperor is a sign of the formation of an alliance in which a woman receives the attention and care she deserves from a man, where her opinion is considered.

The appearance of the Emperor may indicate that it is time to prepare for the wedding - existing relationships are conducive to this. It also falls to happy married couples who have already lived for many years in marriage, and their relationship has proven its strength.

The inverted Emperor falls out to couples who have entered into a marriage or relationship solely of convenience, not only without love, but also without a hint of sympathy. Also, the appearance of this card may mean that the union has exhausted itself, turning into a matter of habit. In many cases, the card may indicate the imminent collapse of the union.

Often the Emperor in this position says that in a couple one partner seeks to establish (or has already established) complete dominance over the other. At the same time, the other is aware of his dependence and is frankly afraid of the domestic tyrant.

The inverted Emperor in the layout of a woman can talk about that. That she is constantly criticized and chided for supposedly improper housekeeping.

Emperor: Significance in the situation and the question

Much depends on what kind of situation is being considered. So, if we are talking about an official position, the Emperor predicts promotion, to which discipline and diligence will lead.

If the question was asked about the state of health, then the answer of the card is that there is nothing to fear. Nothing threatens a person if he is healthy now, and if he is sick, the disease will be quickly and completely cured.

In general, in any situation, the Emperor is in a direct position - the advice is to carefully think over and plan your actions, always imagine your next step and not put off decisions, making them carefully, but quickly.

The reversed Emperor indicates an attempt to solve the problem by unlawful means (illegal or immoral). He can also talk about the fact that problems are caused by irresponsibility, lack of discipline, unwillingness to cooperate with other people.

In some cases, the card indicates that the intended business has no prospects. It may also be that it indicates the presence of someone’s control over the will of the questioner, or external circumstances that do not depend on him and which he is unable to cope with. In any case, the situation will develop unfavorably.

Arkan can warn of some external threat - a dangerous situation, a possible illness, injury, increased risk.

Often the inverted Emperor says that there is no desire to resolve the problem in a reasonable way, to look for a way out of the situation. It is evidence that a person left his problem to chance, withdrew from its solution.

Emperor: Meaning of the card of the day

As a card of the day, the Emperor is a good omen. His appearance suggests that a person on this day will succeed in everything he undertakes, his strength, energy and determination will be enough for everything. If he has any difficult business or problem, the solution of which has been postponed for a long time, it is necessary to take on this. It is necessary to act decisively, but carefully and thoroughly.

If there is no specific problem, the Emperor advises to simply try to take advantage of the situations and redo more routine cases. 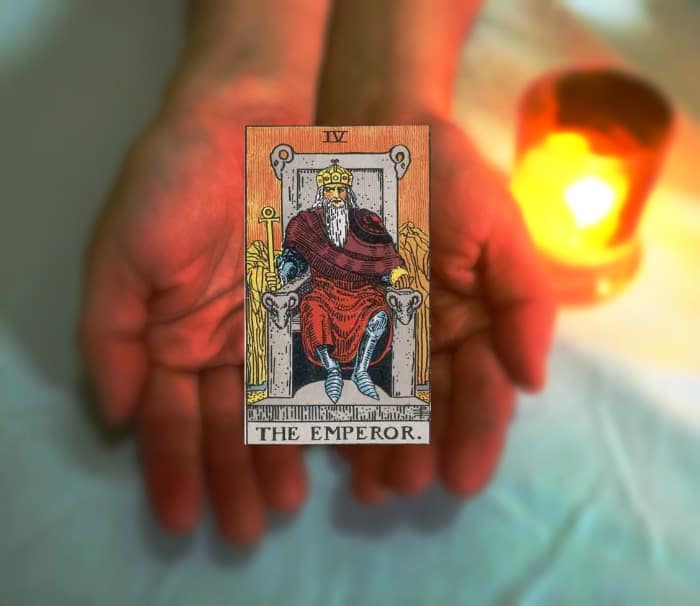 The card recommends that those who are confident that they are right should not be shy to defend their point of view. This is necessary and correct. You should go towards the goal without being afraid of possible obstacles, acting consistently and persistently.

The emperor recommends thinking twice before lending or lending yourself (and this is not only about money matters, but about debt in the moral sense), and also always remember the relationship between ends and means. We must not forget that the plans of an individual person are not yet the law of the universe.

Emperor: Combination with other cards