Magician Meaning in love and relationships

Magician Meaning in the situation and the question

Magician Meaning of the card of the day

Magician Combination with other cards 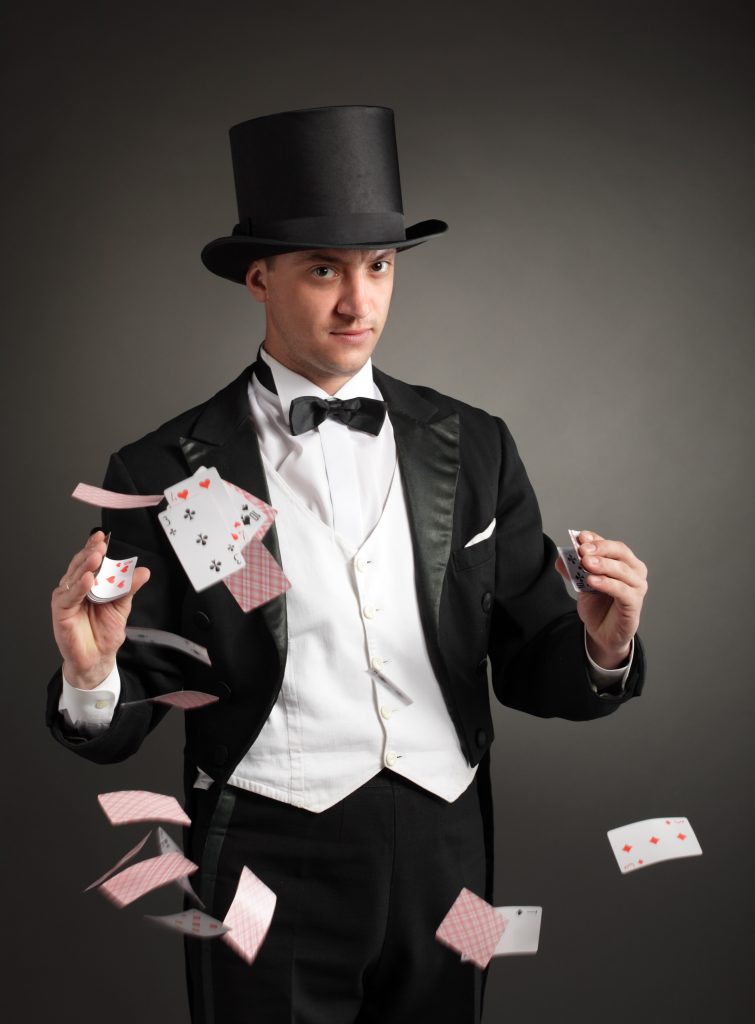 The magician is a positive card that has saturated energy, and it appeals to a person to equally active, proactive and creative actions. The magician convinces that a person has the right and opportunity to dispose of anyone, to subordinate to his will.

And this ability is given to him at the moment, he can already manage, conduct business, control his environment and concentrate on what is happening. When the power is in your hands, you can move to a qualitative level of being, wipe your own nose, master new areas of life, and achieve high results in various areas.

The magician is the first card of the septenary, therefore it is presented as the beginning of a new life stage. This is the period when a person has not yet decided anything and has not yet made any mistakes.

The card says that success is to be expected at the present time. There will be everything for this - both maximum security and favorable conditions. The magician makes it clear that there is a great opportunity - to make the plan real. The person himself will understand in what activity he will be able to show his active actions, and will take the initiative in his hands.

In an inverted video card, the Magician means that it is natural for a person to show his cunning, he can be very mercantile and abuse his power. At such a moment, he uses any means to achieve the desired result.

In the inverted position of the Magus, one should be afraid of the absence of moral intentions, one should not even talk about morality and ethics. As a rule, the card of the Magician in an inverted position falls out to people with a selfish character. These people are clever and completely unprincipled. They are convinced that moral and moral culture has long been outdated and outlived itself. And if a person has decided to become successful, then he should not follow these ridiculous principles.

Also, an inverted Magician can say that a person is not confident in his own abilities, he has low self-esteem. In this case, the card indicates a chronic loser, who is in danger of problems and failures, and he cannot get out of this vicious circle. It can also be an ambiguous situation that is impossible to sort out at the moment.

Magician: Meaning in love and relationships

The card speaks of a person who has charm and attractiveness. This person just like a magnet attracts people of the opposite sex. If the Magician falls out when divining himself, then you need to show your determination.

And if the Magician fell on another person, then he must be ready to take the first step. The Magician card indicates that a competent approach is provided for in the relationship of the couple. These are conscious actions, logic and control.

As a rule, the card symbolizes the essence of the relationship between two people. They skillfully circumvent the stereotypes of love, deftly and successfully resolve their conflicts. The Magician card seeks to direct feelings in the right direction.

The card says that a person appears who will never fully reveal himself and his essence. He will skillfully hide the traits of his character, so you should not even count on the sincerity and openness of his feelings.

The magician will not show much interest and active actions in relation to the opposite sex. He will consider the relationship in terms of its benefits and benefits. And the relationship will last as long as he wants it.

The person to whom the inverted card of the Magician fell out is a very seductive person, whose intentions no one will ever know to the end. And also the Magician can characterize him as an indecisive person who cannot find words for explanations, and find the strength to change the situation.

Magician: Meaning in the situation and the question

The card indicates that a person shows his initiative, skilled professionalism and a willingness to focus on completing his tasks. To solve some difficulties, he selects the most successful methods and means.

He can be an excellent businessman or leader who knows how to negotiate and close profitable deals. The Magician card, when positioned on a situation, implies career growth and high social status.

We should expect significant success when you can even conquer what recently seemed unattainable. Also, an inverted layout of the card may indicate the dishonesty of a person who is capable of an adventure. That is why one cannot blindly believe his words and take his proposals seriously.

Arcana Magician can mean that a competitor will appear in the environment who will do everything to get you out of his way. He is very set up boldly and aggressively, it doesn’t cost him anything to discredit a person, and even anger him.

If such an impasse has occurred in a person’s life, then he has no chance of making a career, all attempts are simply futile. The person himself will feel this reluctance to do anything: all ambitions and assertiveness are completely absent. He will feel overwhelmed, insecure and lose respect for himself. He will close himself from new information, will ignore circumstances, his creative potential will stop.

Magician: Meaning of the card of the day

The Tarot card says that a person needs to show his initiative, because he is much well armed, and will be able to show his logic and prudence. Even if on this day he will definitely need to urgently make a decision, then nothing will prevent him from doing it. At least the day is very auspicious.

The fortuneteller must take the first step to make sure of his abilities, which will be fully revealed. Any meetings and negotiations will be great if a person is not afraid to show his skills. The main thing is that there is lightness and courage in actions, and everything will be fine.

The Tarot card encourages a person to pay attention to their abilities and talents. He just needs to believe in himself, and take on any difficulties, despite doubts. Moreover, no one can handle his own problem better. And the case for which he will undertake will end in success.

He will be able to reveal himself completely, and even find in himself those talents that he did not know about before. He needs to show his leadership, perseverance and determination. You need to use your strength and not be afraid to take risks. If you consciously prepare yourself for success, you will achieve only excellent results.

Magician: Combination with other cards