Two of Wands Meaning in love and relationships

Two of Wands Meaning in Situation and Question

Two of Wands Meaning of the Card of the Day

Two of Wands Combination with other cards

The lasso indicates that a person is ready to fight for himself, his ideas and undertakings, even if he has to take risks. A person shows pronounced impulsiveness and reckless courage. He no longer wants to take a neutral position, so he reacts to everything immediately, without reasoning or thinking.

A person wants to demonstrate his temper to others, as a property of his nature. Only he acts clearly contrary to his nature, he is also controlled by external stimuli. At such a moment, a person is not able to think sensibly, he commits rash acts, which, in principle, could have been avoided. He defies any circumstances, acts boldly and assertively. Perhaps that is why the card has a positive interpretation.

A person is able to achieve harmony between what he has already achieved in the past and what he will achieve in the future. And the fact that a person strives for power and conquest is also a positive aspect of this card.

Under the influence of the Two of Wands, a person acts imprudently and recklessly. Or maybe, on the contrary, he is afraid to go beyond the usual and outdated reality. A person who does not feel worthy potential in himself can easily get this card. This is an insecure person, however, he himself is not ready to admit this.

In his life there is a lot of responsibility, but the power is not enough. He is demoted, and he internally experiences his failures, which come up in the form of apathy and severe depression. If he travels, then in an unexpected way, he will have to return back due to some difficulties. Because of the dishonesty of people, he will be embarrassed, worried and disappointed.

The card implies deceptions and unfulfilled plans. Most likely, he simply will not have enough potential to implement his ideas and plans. When laying out a card, a person will face troubles, some obstacles and restrictions.

Two of Wands: Meaning in love and relationships 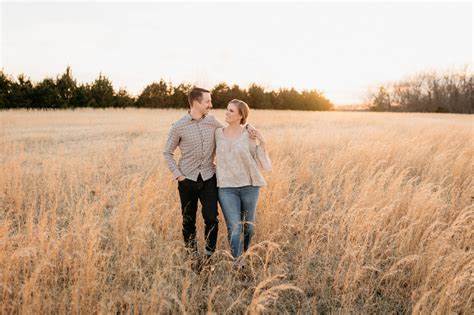 Arkan shows in people a desire to test a loved one for strength. And to the one who got this card, we can say the following - a person is fighting for the place of a leader in the family. This can relate to many issues, for example, who should be the head of the family.

The card indicates that something will happen in life that will cause surprise and amazement among others. For relationships, this card is called sad, as it carries indifference, lack of love and real interest in a partner. If a person is not married, then he may have a relationship with the opposite sex, but there is no inspiration from these relationships.

The lasso is characterized by the fact that a person feels unattractive to the opposite sex. In addition, she points to loud confessions and promises, which in the end will turn out to be meaningless and empty. Words can be said just like that, either out of habit, or in connection with some benefit or calculation.

In the environment there may be such people who know how to imitate their good attitude, while they themselves simply find out some important and necessary information. With such a card, it doesn’t even make sense to propose to your girlfriend, she will undoubtedly refuse.

Two of Wands: Meaning in Situation and Question

In a situation, a person expects fierce competition and a desire to strengthen their previously won positions. Under the influence of Arkan, it is worth preparing for difficult professional tasks in which it is important to show your personal enthusiasm and activity. A person will hope for the best, it will seem to him that everything planned will soon come true, although he will experience unconscious anxiety and excitement.

Regardless of the circumstances, a person should act promptly in all situations. And this is required of him by the card Two of Wands. You should not doubt for a second what you are doing, and you should not think for a long time.

The lasso indicates undesirable rivalry. It may turn out that someone in the workplace will sit up or provoke you to quit. All these unpleasant situations, one way or another, will have a bad effect on your reputation in the future.

The main thing is that the person himself does not blunder, because under the influence of Arkan, such qualities as laziness and apathy are not excluded. Under no circumstances should this be allowed. But if a person does not like what he does, when he does work out of necessity, and not out of vocation, then, as a rule, he performs his duties carelessly.

Two of Wands: Meaning of the Card of the Day

The day indicates that a person shows his indecision. At the moment when it is necessary to make a decision or take up some work, he makes a move back. It’s just that under the influence of Arkan, he can’t concentrate and he can’t do anything.

Let’s discard all doubts and worries, the most correct decision is to take a neutral side. If someone asks you more than you can do, say so.

It is enough to clearly explain to the interlocutor your attitude to the matter, without imposing much responsibility on yourself. We can say that you will do it better tomorrow, not today. Thus, unnecessary problems and stress can be avoided.

A person will want to cope with all the obstacles on his way that he will encounter. He has many desires, ideas, ambitions. But we must not forget that the forces are not infinite, enthusiasm can dry up pretty quickly. Arkan does not recommend a person to manifest himself by any means and ways. After all, a large charge of strength can suddenly be replaced by a lack of vital energy, apathy and a breakdown.

If a person finds himself in a difficult situation, he needs to step aside to take a neutral position. It is not advisable to make hasty conclusions and decisions. But if you need to make a decision in a short time, then it is important to make sure that they are correct. Only deliberate actions will be the most true.

Two of Wands: Combination with other cards